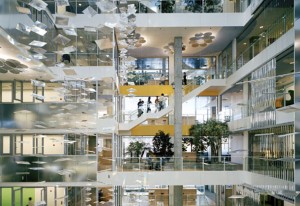 Nine months of relentless pursuit seems to have paid off, with the French pharmaceutical giant, Sanofi-Aventis, being just hours away to finally acquiring U.S. contemporary Genzyme Corp., according to multiple media reports.

The deal, likely to be announced tomorrow morning, along with Genzyme’s scheduled quarterly earnings report, would state that the Cambridge biotech giant has reportedly reached a deal in principle to be acquired by Sanofi for $19.2 billion in cash, plus future payments based on sales of an experimental drug for multiple sclerosis.

Since joining the company in December 2008, Viehbacher has been hunting outside Sanofi’s laboratories for products that will help replenish its pipeline of new drugs. Sanofi’s blood thinner Plavix and the cancer drug Taxotere are facing competition from generics.

As a result of its deal with Genzyme, Sanofi will gain treatments for Fabry, Gaucher and Pompe diseases. 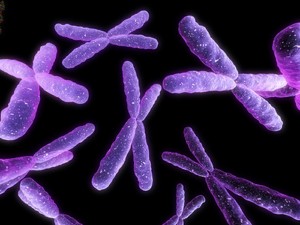 Unlike the pills produced by traditional drug companies, Genzyme’s medicines are made using biological processes and can’t be readily copied by generic-drug makers. Genzyme garners premium prices from insurers and government payers because the therapies provide life-saving benefits.

Genzyme’s top-selling medicine, which garnered $722 million in sales in 2010, is Cerezyme, a mass-produced version of a human enzyme missing in patients with the inherited illness Gaucher disease. The medicine had sales of more than $1 billion in 2007 and 2008 before shortages caused by the plant contamination.

Fabrazyme, used to treat the genetic illness Fabry disease, and Myozyme and Lumizyme for Pompe disease, similarly provide patients with enzymes their bodies fail to make or produce adequately on their own.

Genzyme has projected peak sales of $3.5 billion for Lemtrada, known as Campath when used for blood cancer. Sanofi said in October that analysts’ estimates of about $700 million were a valuation “probably closer to the reality of the product.” Lemtrada is in the final stages of testing and Genzyme expects data from those trials this year.

Genzyme’s stockholders will get $74 a share in cash, the Paris-based company said today in an e-mailed statement. They also will receive so-called contingent value rights that entitle them to payments of as much as $14 a share depending on the performance of Genzyme’s experimental drug Lemtrada and production levels of two of the company’s other products, the company said.

“This agreement with Genzyme is both consistent with our long-term strategy and creates significant long-term value for our shareholders,” Viehbacher, 50, said in the statement.

Genzyme holders will receive one contingent value right per share. Sanofi will pay $1 per CVR if Genzyme produces specified levels of Cerezyme and Fabrazyme this year and another $1 if the U.S. Food and Drug Administration approves Lemtrada to treat multiple sclerosis. CVR owners will receive $2 if Lemtrada sales exceed $400 million within specified periods per territory, $3 if sales exceed $1.8 billion, $4 if they surpass $2.3 billion and $3 if they top $2.8 billion.

Genzyme has about 10,000 employees and 12 manufacturing facilities worldwide, according to the company’s website. Its products are available in almost 100 countries.