Samsung Electronics is on the edge of revolutionizing the tech industry. The tech giant along with an affiliated laboratory has developed a technique for growing large scale graphene, creating the possibility of mass manufacturing it for consumer electronic devices. 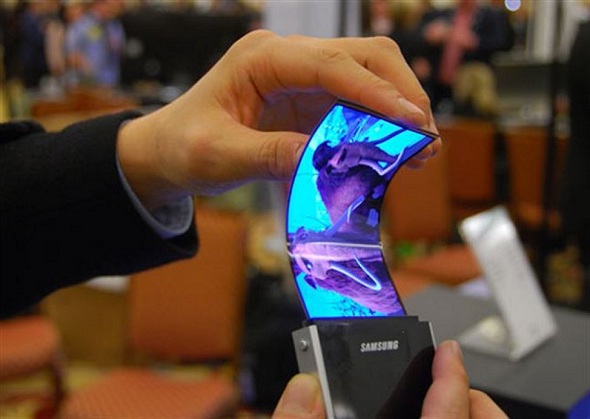 Graphene was discovered physicists at the UK’s University of Manchester, Great Britain, in 2004.

Scientists at Sungkyunkwan University’s School of Advanced Materials Science and Engineering and the Samsung Advanced Institute of Technology (SAIT) were successful in making big sheets of graphene by growing it on a layer of specifically treated germanium. The graphene starts growing in various places and then unites, consolidating many small sheets into one large form of seamless pure graphene.The new discovery will help researchers make use of of graphene’s properties such as incredible power, sleekness, enormous flexibility and great conductivity. Samsung and other device makers are very keen to incorporate it into the future generation of wearable and flexible electronics which could lead to the possibility of the wearable technology being manufactured on a massive scale.

Graphene was discovered physicists at the UK’s University of Manchester, Great Britain, in 2004. The Nobel Prize was conferred to Sir Andre Geim and Sir Kostya Novoselov, who discovered the material. The UK government is still working towards developing the material, while companies such as Samsung, Nokia, and IBM are also experimenting with it.

The Graphene material is made up of one thick layer of carbon atoms arranged in a network. These are strong, flexible and good at conducting electricity and heat and has the potential to make flexible and unbreakable technology. Graphene grew very popular mainly for its striking properties, but till recently scientists were not able to synthesize graphene wafers. The latest discovery is fairly new and only works when manifold graphene crystals are combined together and it does not still conduct the required electricity.

Following the breakthrough, Samsung Electronics now appears to have a remarkable lead in the development of future electronic devices. The sleek material will help create thinner smartphones. The electronic devices are said to be less prone to damages because graphene is more durable than steel and has larger electron mobility than silicon. With graphene’s flexibility Samsung is also hoping to build new devices with bendable displays.

It has been long speculated that Graphene has the potential to replace silicon as the manufacturing material for tech goods like computer chips, allowing quicker and more efficient computing.

Samsung is not alone in the new space, competitor Nokia has been carrying out trials with graphene since 2006. A $2.3 billion grant was also issued for the research by European Union’s Future and Emerging Technologies program. However, Samsung seems to be the front runner with its outstanding discovery and is expected to introduce grapheme-based technology to the market by the year 2015.