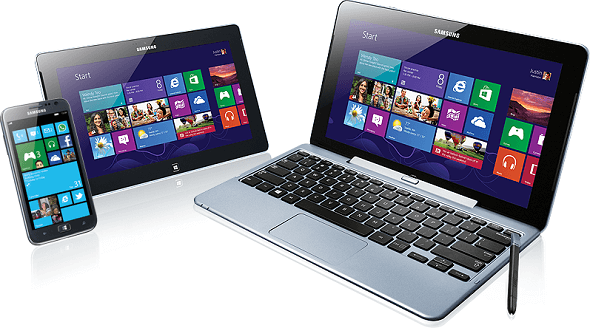 The ultraportable laptop will be further discussed at the CES 2015 in Las Vegas.

South Korean tech giant Samsung officially entered the desktop market with the announcement of its ATIV Book 9, an all-aluminum laptop and ATIV One 7 Curved, the company’s first curvaceous all-in-one PC. The computers will be released beginning this 2015 possibly posing an enormous challenge to Apple’s MacBook Air series.

The ultraportable laptop will be further discussed at the CES 2015 in Las Vegas. The ATIV Book 9 measures 0.46 inches thick and weighs just over two pounds. Its aluminum body is both thinner and lighter than the 11-inch MacBook Air qualifying it as the lightest Book 9 ever. The Ativ Book 9 will feature a 12.2-inch display offering resolution up to 2560 x 1600. Samsung has also included an excellent outdoor mode that enables people to adjust the brightness as high as 700 nits. The Book 9 uses one of Intel’s new Core M 5Y10c processors, which were designed specifically to allow for skinnier designs. The Core M is accompanied by an Intel HD 5300 graphics processor; the RAM is either 4GB or 8GB, with 128GB or 256GB of storage,720p HD webcam, two USB 3.0 ports, micro HDMI output, Ethernet (supplied through an adapter dongle), headphone/mic combo port, two 1.5W speakers, and Windows 8.1. Battery life is rated at 10.5 hours.

Moving on, Samsung also unveiled the ATIV One 7, the company’s first curved-screen all-in-one.

Similar to other Samsung PCs, the curved ATIV includes SideSync software, which allows users to control their phone through the PC, mirror its display in a window and even let’s them make and receive calls and texts all from the curved monitor.

Anna Domanska
Anna Domanska is an Industry Leaders Magazine author possessing wide-range of knowledge for Business News. She is an avid reader and writer of Business and CEO Magazines and a rigorous follower of Business Leaders.
« Microsoft to replace Internet Explorer with a new web browser
US lifts 40-year ban on oil exports, agrees to light oil exports »
Leave a Comment
Close

Inflation is chasing the investors and policy makers at a speedy rate. CPI increased by 7% in December, 2021, the highest since June, 1982.
15 hours ago

Enriching consumer experience in LA, Amazon’s Style store is transforming the ways of buying outfits through suggested algorithms.
19 hours ago