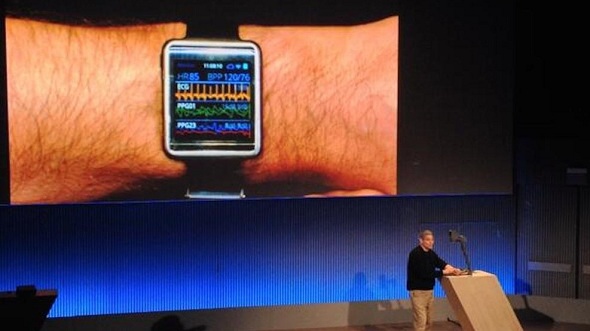 Unveiled at an event in San Francisco the new platform, Simband was used to show how the platform is intended to work. The watch isn’t for sale but the company expects other developers to build on the reference design shown. Samsung demonstrated how the device can track a range of body functions such as heart rate, heart rate regularity, blood pressure, skin temperature, oxygen levels and temperature in real time. And thanks to a detachable battery that can be recharged without being removed from the user’s wrist, allowing it to monitor a user’s body 24/7.

Samsung also partnered with the University of California San Francisco and with researchers from Belgium-based IMEC  to develop the device. This new platform will work in tandem with a cloud-based open software platform called SAMI (Samsung Architecture Multimodal Interactions) that would act as a sort of bank which securely stores tons of real-time health information collected by various health and fitness wearable’s that are capable of providing better insights into health issues. This information is clearly not for Samsung, but for consumers and healthcare providers.

Samsung at the end of the presentation announced plans to market SAMI by hosting a developer challenge and setting aside $50 million in investment to entrepreneurs working on healthcare tracking projects. Samsung CEO and CSO of Device Solutions Young Sohn said the company has already begun investing, recently it offered funding to an early-stage entrepreneur building a non invasive glucose monitoring solution. Obviously Samsung is quite serious about where the technology is headed.

The company has been struggling to seek the favour of developers in recent years, particularly with Tizen, its operating system that competes with Google Inc.

Again Samsung has evidently taken the lead here, with Apple hosting its much-anticipated developer conference in less than a week. Samsung has a comprehensive background in health equipment, appliances and electronics whereas Apple is restricted to computers and mobile devices.

Samsung plans to shed more light about both the wristband and accompanying platform at its own developer conference, which is expected to happen in November. Sohn said the research and development teams have already begun considering locations for wearable devices other than the wrist. It remains to see how far they can go in the healthcare space.