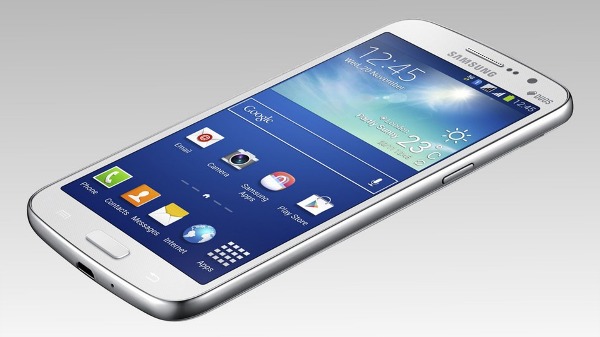 Not only Samsung unveiled the Android 4.4 KitKat update for its Galaxy S4 Google Play Edition, but also has revealed its new 5.25-inch Galaxy Grand 2 smartphone. The tech giant has hit a home run again.

Bigger the screen, bigger the fun!

Yesterday, Samsung introduced its new 5.25-inch smartphone, Galaxy Grand 2. For those who enjoy watching videos, reading books, or playing video games on their phones this device is ideal, for it sports a 1,280×720 pixel display, with a 16:9 aspect ratio. Furthermore, a Multi Window feature allows users to use the large screen to run two apps at a time, side by side. Samsung wide screen smartphone is powered by a quad-core 1.2 GHz processor and it includes a 2,600 mAh battery which promises 10 hours of playback and 17 hours of calls on one single charge. The internal storage that the device provides is only of 8 GB; however, users can bump it up to 64 GB by plugging in a microSD card.

Samsung has also powered its new wide screen smartphone with an 8-megapixel rear camera, which includes Best Face, Continuous Shot, and Best Photo modes. Furthermore, the tech giant will provide within the phone a collection of Samsung apps, such as S Translator, Samsung Hub, Story Album, and Samsung Link. Galaxy Grand 2 will come in pink, black, and white colors and will run Android 4.3. The launching regions and markets were not revealed, but a spokesperson from the company told CNET that United States has not been mentioned in Samsung’s plans yet.