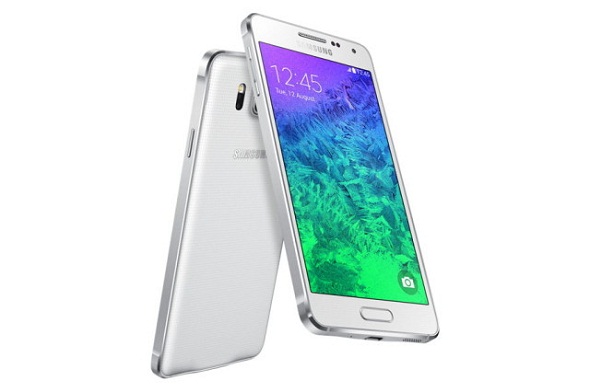 The Galaxy A7 features a metal unibody design similar to Galaxy A3 and Galaxy A5.

After innumerable leaks and much speculation, Korean electronics maker Samsung has pulled the curtains off of their latest in the A series of smartphones, the Galaxy A7.

In terms of specs, the Galaxy A7 is the most advanced and high-end smartphone of A series. The device features a 5.5-inch HD Super AMOLED display that carries a resolution of 1080p. It is powered by an octa-core processor (1.8GHz and 1.3GHz quad-core processors) and is backed up with2Gb of RAM, 16GB internal storage with a microSD slot and a large 2,600mAh battery.

The Korean firm has not revealed the launch dates, initial markets or pricing, although reports last week pegged it at around $420 off contract.

The phone runs Android KitKat and its 5.5-inch screen makes it larger than the Galaxy A3 and Galaxy A5 that were announced back in October. The Galaxy A7 features a metal unibody design similar to Galaxy A3 and Galaxy A5 continuing its transition from plastic to metal smartphone hardware. The Galaxy A7 is another slim device released by Samsung with a 6.3mm design, while it’s A3 and A5 siblings, measure 6.9mm and 6.7mm, respectively.

The Samsung Galaxy A7 features a 13-megapixel primary camera on the back with autofocus, LED flash, and 1080p video recording abilities along with a 5-megapixel front-facing camera. Samsung offers Rear-cam Selfie, Wide Selfie, Beauty Face and other camera features, similar to the recently launched Samsung models. Like the Galaxy A5 and Galaxy A3, the Galaxy A7 also boasts an Ultra Wide Shot and Auto Selfie mode for its front-facing camera.

With the unveiling of the Galaxy A3, A5 and A7 over the past few months, the Korean manufacturer is trying to diversify its focus beyond its flagship Galaxy S and Note families. The company is bracing itself for its first profit decline in three years, and its latest Galaxy S5 and Note 4 doesn’t seem to be selling as well as previous models.

Last year, the Galaxy A3 and A7 were pretty focused on China. With lower prices, marketing focus and a completely different design, the Galaxy A series looks at bringing a quality experience to the mid-range of the smartphone market.

Anna Domanska
Anna Domanska is an Industry Leaders Magazine author possessing wide-range of knowledge for Business News. She is an avid reader and writer of Business and CEO Magazines and a rigorous follower of Business Leaders.
« Google’s search dominance in U.S. is crumbling, Yahoo on the rise
Apple, Google reach new deal in anti-poaching class action suit »
Leave a Comment
Close