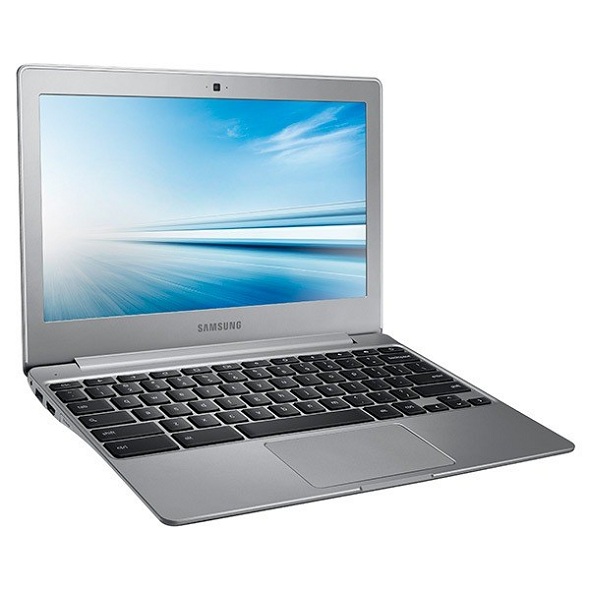 On Friday, Samsung announced a revamped version of its budget Chromebook 2 laptop, with an improved chipset on board that promises to keep loyal Samsung fans intact.

Earlier this year, Samsung launched the Chromebook 2 with an Exynos 5 Octa SoC and the new variant features an Intel processor, the Celeron N2840. The company is taking pre-orders now for a price of just $249.99, and it will begin shipping the laptop during this week.

The new device boasts of an exceptionally affordable price without compensating the quality of a chromebook, and a Samsung device. The Chromebook 2 is targeted at the school and budget-minded home-user markets. It sports a simple and elegant design featuring a faux-leather texture with stitching details along the edges of the top cover.

Samsung explains, “The lid features the stylish and chic unique leather-like stitched design adding to the sophisticated look. Even more impressive is how productive it is. Its HD resolution screen, optimized hangout video conferencing, and the Celeron N2840 enable outstanding performance, especially with Wi-Fi speeds that are three times faster than before.”

The new Chromebook 2 reveal a 289.6-mm width, 204.8-mm in D, and 16.8 mm in height, a rather thin and light form factor. It features an Intel Celeron N2840 processor clocked at 2.58 GHz (1 MB L2 Cache), 2 GB of DDR3L 1333 MHz memory, Intel HD graphics, and 16 GB of internal storage, Wi-Fi 802.11a/b/g/n, Bluetooth 4.0, HDMI out, one USB 3.0 port, one USB 2.0 port and an SD card reader with a screen providing 1366 x 768 resolution. The new Chromebook 2 also includes two 2 watt stereo speakers, internal digital mic and a 720p HD webcam. The new device also comes with a 4,080mAh battery that provides battery power for up to nine hours, slightly better than the 8- to 8.5-hour life of the earlier Chromebook 2s. One other notable new feature on the updated Chromebook 2 includes live video chat support from Samsung. Since it’s a Chromebook, users also get 100GB of Google Drive storage for free.