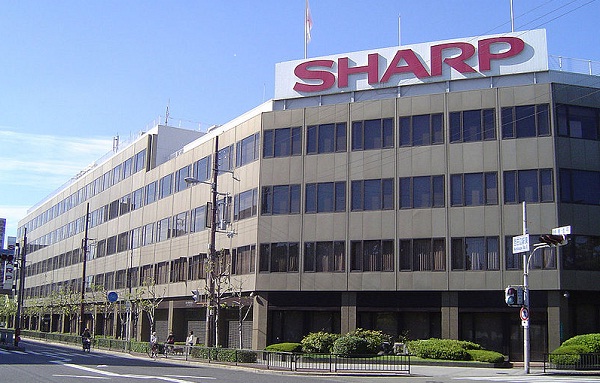 Sharp Corp. in search for investors

Sharp Corp. and many other Japan’s electronics makers have been trying to restructure their operations to get out of problems. Once much prominent and successful companies have been struggling amid increasing losses. And while some of them have decided to sell some of their facilities, some have decided to change strategies, Sharp. Corp. has decided to look for investors to raise money.

Indeed, the Sharp Corp.’s fortune has been much experienced by sharply decreasing demand for TVs. When the Japan’s electronics maker witnessed a downgrade of its credit status, it made a quick and firm decision to look for investors.

Evidently, the search for investors was not the only step taken by Sharp Corp. to get out of problems as it decided to downsize by cutting 5,000 positions as well. But to implement the revival plan, investors are necessary. After all, Sharp Corp. found one more investor.

On the 6th of March, Samsung Electronics Corp. finally informed that it would buy a 3 percent stake in Japan’s Sharp Corp. According to a release, South Korea’s company will invest as much as $110 million in its Japanese rival to secure a continuous and uninterrupted supply of large-size LCD panels for TVs. A filing with Japan’s Finance Ministry showed that Samsung Electronics Corp. would buy almost 36 million shares in the Japan’s electronics maker for roughly 290 yen each, compared to the closing price of around 341 yen in Tokyo on the 6th of March. As it was underlined by Samsung Electronics Co., it would not be involved in management of its rival.

On the other hand, Sharp Corp. highlighted that the Samsung Electronics’ purchase of its 3 percent stock was only the adumbration of a deep cooperation between two companies as it would “further strengthen the alliance (with Samsung Electronics) and continuously provide a long-term, stable and timely output of LCD panels for large-size TVs and small- and medium-size LCD panels for mobile devices such as notebook computers.”

On the rescue mission?

While Sharp Corp. is quite satisfied with the Samsung Electronics Corp.’s investment, some analysts are not convinced that $110 million would be enough to meet the company’s needs. However, they note that the Samsung Electronics’ purchase of a 3 percent stake in the Japan’s electronics maker will certainly send a positive and encouraging sign to other potential investors and the market as well. Without a doubt, this investment will also be a boost to Sharp Corp.’s revival plan.

The purchase is expected to bring more investors and to ease search for capital so that Sharp Corp. would be able to get out of problems. Samsung Electronics will not only become the investor of the Japan’s company, but is also believed to turn out to be a main customer of its flat screens. The investment will certainly be beneficial for struggling Sharp Corp. which is still looking for investors.