Samsung to lunch surprising? 7-inch Galaxy Tab 3 in May 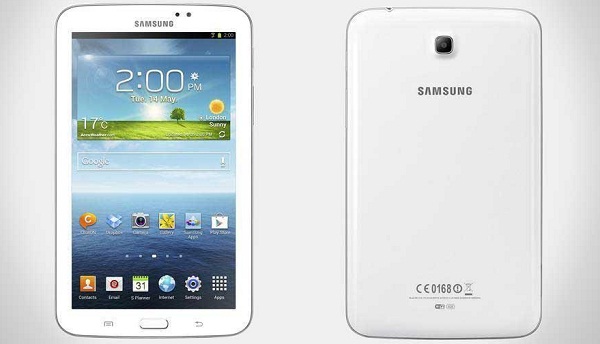 After making a lot of fuss, Samsung Electronics Co. has finally informed that it will release its new device – Samsung Galaxy Tab 3 – in May. The successor of the Galaxy Tab 2 has been highly anticipated, but the question is whether it is surprising enough to be widely desired by customers. The launch of the 7-inch Samsung Galaxy Tab 3 might also turn out to be a simple washout as analysts note that it does not offer anything new or exciting.

While some were not able to sit in their chairs, others asked an inevitable question: “Why does Samsung Electronics Co. want to release a new device in the highly saturated segment of the tablet market?” The question might be even more earthy, taking into account that the new Samsung Galaxy Tab 3, which launch is due to take place in May, does not offer anything excitingly new, not to mention that it is very similar to its predecessors.

According to details released by Samsung Electronics Co., which is indeed the most popular smartphone maker, the 7-inch Galaxy Tab 3 includes a 1.25 GHz dual processor with 8GB or 16GB of storage space (yet you can always opt for using a 64MB memory card). The new device by the South Korean electronics giant is equipped with the 3MP rear camera and the 1.3MP front-facing camera as well – nothing exciting at all. The launch of the 7-inch Samsung Galaxy Tab 3 is due to take place in May, but its 3G model will have its big date in June. The company did not give any details on the possible prices though.

Apart from having a not too much exciting 7-inch 1024 x 600 pixel display, the new device will also use the Jelly Bean 4.1 which is certainly not a pleasant surprise as company’s products are equipped with the newer version of the OS.  That is not the only big disappointment as experts note that the 7-inch Samsung Galaxy Tab 3 does not stand out when it comes to programs as it lacks Translator and Smart Stay, etc.  Even though the design of the tablet has been changed, the fact is that the change is almost cosmetic.

The launch of the 7-inch Galaxy Tab 3 is aimed at  gaining a share in the segment of the market which is simply saturated with other small devices, just to mention  the Apple Inc.’s iPad mini, Google Inc.‘s Nexus 7, Amazon’s Kindle Fire, etc. Even though the price of the new devices was not disclosed, experts call attention to the features of the Samsung Galaxy Tab 32, indicating that the South Korean electronics giant targets the lower-end market with its newest product.

Certainly, the tablets market is a thorn in Samsung Electronics Co.’s side as it is still dominated by its mortal rival – Apple Inc. For a company, which is the world’s largest smartphone manufacturer, this situation might seem unbearable. Indeed, an issue of winning a bigger share in the tablet market appears to be a matter of ambition. The South Korean electronics giant reposes hope in the release of the 7-inch Samsung Galaxy Tab 3 as it aims to dominate the market. But will the Galaxy Tab 3, which is not innovative, help the company grab a bigger market share? It is highly doubtful in spite of the fact that the device is ideal for children.

Almost half of the marriages end in divorce is an oft-quoted adage, but surprisingly, this is not true in today’s world. The reasons are varied, gender equality, the higher p
17 hours ago

JPMorgan Chase, the largest U.S. bank by assets, has appointed two new executives to head its information units in a bid to make its workforce more inclusive and increase racial an
17 hours ago

The U.S. solar industry witnessed a 7% cut in jobs due to the coronavirus and increasing use of labor-saving tech in the industry, according to an industry report. Job decline is n
18 hours ago