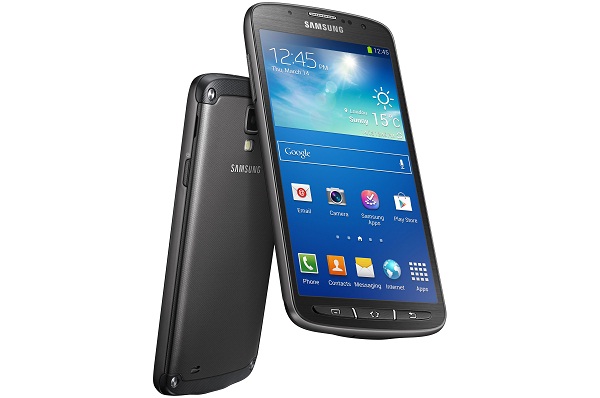 Samsung Galaxy S4 Active expected to be a hit

For Samsung Galaxy S series phone users there is a surprise. Slated to be a rugged model -Samsung Galaxy S4 Active, smartphone technology analysts predict that it will compete against the recently launched Sony Xperia Z which has been hyped for its water-resistant features.

Sony Corp., the maker of the Sony Xperia Z and Sony Xperia ZR, in January 2013 launched these two top-of-the-line smartphones with never-before features on Android OS and persisted with their typical larger screen display size. Comparatively, Samsung Galaxy S4 Active does not have as big screen display as its Sony’s rivals.  Yet Samsung Galaxy S4 Active glories in the Galaxy Samsung S series function feature already familiar to the earlier model. A highlight on the Galaxy Active S4 is the incorporation of ‘gloved’-hand touch screen operations.

Not surprisingly, the Galaxy S4 Active will run on widely-known Jelly Bean ( Android 4.2.2 version),  but the new electronic gadget will also include the entire spectrum of advanced features, just to mention TouchWiz interface- popular for its Air View, Air Gesture, Smart Scroll, Smart Pause, besides eminent S-Health and reputable S-Translator.

Without question, the Samsung Galaxy S4 Active will catch the eye with the display screen technology and its unique water-resistant factor. However, Samsung Electronics Co. has not included the Super AMOLED panel screen on the Samsung Active S4 model and substituted it with a TFT LCD model that is better for underwater image capturing. Additionally, the camera too is downgraded to 8 MP from the 13MP that was the hallmark of the earlier model. The model will also include internal memory of 16GB which can be increased to 64GB with a microSD.

Besides, it measures a tad thicker at places – 9.1mm in comparison to 7.9mm on the Samsung Galaxy S4, weighs 20gms more than Samsung Galaxy S4 at 151gms. What is interesting is the fact that the same processor 1.9 GHz quad-processor, which is used by Samsung Galaxy S4 smartphones,  is also employed in this water-proof and dust-proof model. Additionally, it has the same batter capacity like the earlier model but the battery may not be removable in this case given the underwater use.

A fact that is of great interest to industry analysts is the comparative performance of the aqua-models that have debuted in the last few months – besides Sony models which were launched in January 2013, Nokia also introduced a rugged model and in June Samsung much hyped Galaxy S4 Active. The Galaxy S4 model has already become very popular and Sony Xperia Z is already making interesting in-roads in the US market.  The Galaxy Active S4 is expected to run a close second to Sony Xperia Z in the US where it will debut this summer. It is worth mentioning that analysts believe that it would be tough for Sony Corp. to find a high-end carrier for Sony Xperia Z model and is likely to struggle in comparison to Samsung Galaxy S4 Active.

Samsung Electronics Co.  is expected to launch its water-proof Galaxy S4 Active model in three colors- grey, orange and blue, but has not divulged the price tag yet.

Royal Dutch Shell commences share buybacks before the end of this year while reducing its first quarter dividend to 16 cents per share, a 66% cut.
11 hours ago