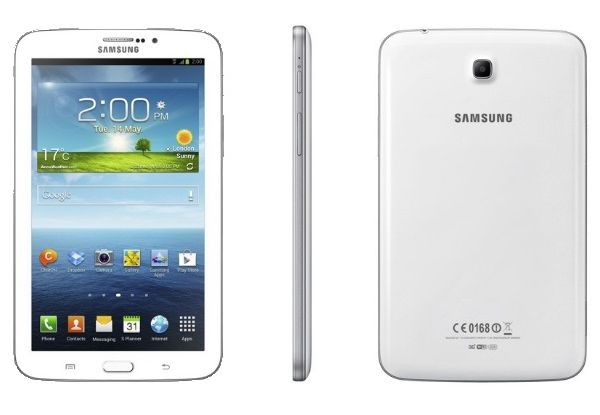 New year, new tablet! Samsung has unveiled its latest gadget: Galaxy Tab 3 Lite 7.0. While many of its features match the existing Tab 3 in the market, others have been unfortunately removed. All in all, the South Korean tech giant is promoting its Galaxy’s new Lite edition for its slimmer, more portable design. Is that the most important characteristic of a hi-end tablet? Only the users will decide that.

The new 7-inch Samsung tablet will be launched on July 7 for only $199. Preorders start a couple weeks earlier, on June 25. Based only on its features and pricing, there is not much about 7-inch Samsung Galaxy Tab 3 that amazes fans and gadget geeks. Concerning the cost, $199 is an acceptable rate for a new 7-inch tablet nowadays; however, the Galaxy’s new Lite edition fails to match basic key features of 7-inch tablets from 2013.

Samsung’s latest gadget gives the user an insignificant 8 GB storage space and a tablet screen with a poor quality resolution of only 1,024×600-pixels, which is a few hundred thousand pixels behind the Kindle Fire HD, which starts at 16 GB of storage for the same $199 price, and the Nexus 7.

The new Galaxy Tab 3 Lite 7.0 will ship with 1GB of RAM and a Marvell PXA 986 1.2GHz CPU. It will run Android 4.2 OS and will be equipped with a 1.3 front camera and a rudimental 3 megapixel rear camera.  The Galaxy’s new Lite edition will be distributed in a Wi-Fi only version in the United States—yes, American phablet fans, this is not for you—featuring a 3G and 2G connectivity, as well as a 3,600mAH battery which runs up to eight hours of video playback on a single charge.

Luckily, Samsung has packed its new Galaxy Tab 3 Lite 7.0 with sufficient interesting features, which include a 64 GB-compatible microSD card slot and an IR blaster which can be used to control a television and other entertainment-centric devices at home like DVDs and Blue-rays. Furthermore, the 7-inch Samsung tablet also makes use of Samsung’s streaming video aggregator, Watch On, first seen on the Note 8. The device will debut in white and black versions.

The Costco umbrella recall was jointly issued by the CPSC, Health Canada, SunVilla, and Costco. The CPSC has urged customers to remove the solar panel puck from the top of the umbr
10 hours ago

In early 2022, Volvo signed the Drive to Zero pledge, reiterating its commitment to provide zero-emission commercial vehicles. Volvo is one of the largest manufacturers of cars, tr
14 hours ago

Last month, the hedge fund manager suggested that only aggressive monetary tightening or a collapse in the economy will do the trick. He stated that the markets will recover if the
2 days ago