Samsung Electronics Co. is considering launching two new smartphones as soon as next year that will feature bendable screens, according to reports.

Reports also state that the devices will be made of organic light-emitting diode (OLED), like the one used in the existing Galaxy line. Though not much information is available at the moment, one device is said to be a phone/tablet combo, which has a 5-inch screen that can be unfolded into an 8-inch screen. The second one will be a phone that folds in half, similar to a flip phone with a screen on both sides. 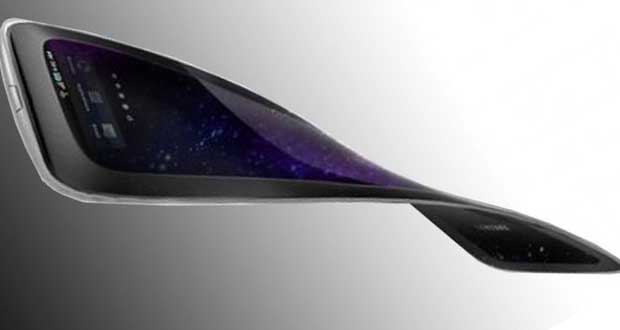 OLED displays do not need a backlight so is easier to configure to fold than it is for Liquid Crystal Displays (LCD). In 2014, the South Korean tech giant had released a video of a concept phone that folds into a tablet. Even LG has showcased prototypes of foldable displays, but the technology has never been applied to a commercial product so far.

The company is the largest supplier of OLED panels for smartphones. It has pioneered the development of new screen formats with its multi-sided Edge smartphones. The South Korean company’s advanced display technology might as well help them take over Apple customers and enhance earnings that have declined in the past two years. The tech giant also has plans to launch transparent displays as part of its B2B business.

Technically, Samsung’s Edge range used flexible displays that are indeed folded to shape the edge but users cannot configure it to other shapes. Speculations about the foldable phone circulated in South Korea in 2012 around the time of the launch of the Galaxy S3 but it never materialised.

While a smartphone isn’t all about display, other components must be compliant as well, especially the battery that may not bend so easily. Also, a low-yield-rate in factory lines has also compelled them to be too expensive.

The hardware and software of the device is also a big concern, depending on what form the device takes. Samsung may or may not have the tech to do it, but if the company is able to pull off an Android-based user experience for this kind of bendable screen, the product could be a game-changer.

According to reports, Samsung could be preparing to unveil one or even both of these phones for next year’s Mobile World Congress in Barcelona, which is normally scheduled to take place in late February. Currently, the devices are built under the codename “Project Valley,” and they will not be a part of Samsung’s Galaxy S series.

Christy Gren
Christy Gren is an Industry Specialist Reporter at Industry Leaders Magazine she enjoys writing about Unicorns, Silicon Valley, Startups, Business Leaders and Innovators. Her articles provide an insight about the Power Players in the field of Technology, Auto, Manufacturing, and F&B.
« Samsung Announces Gear Fit 2 Wristband, Features and Details
This 3D Printed Case can Easily Load Android onto an iPhone 6 Plus »
Leave a Comment
Close