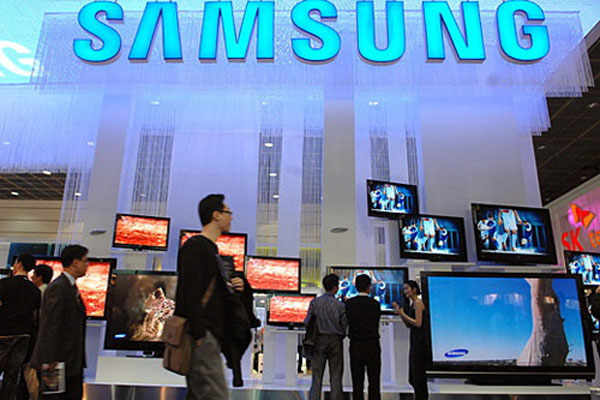 Samsung Electronics Co. has beaten analysts’ expectations in the third quarter. The world’s largest technology company by sales saw an operating profit growth of over 85 percent due to strong Galaxy smartphone sales. A record profit in the three months to September of approximately $7.3 billion was reported by Samsung Electronics. The Samsung Electronics’ profit nearly doubled last year’s results thanks to strong sales in both high-end TVs and Galaxy smartphones which balanced reduced orders for chips and screens from company’s biggest rival, Apple Inc.

However, due to strong sales of high-end TVs as well as Galaxy smartphones, the main subject of Apple Inc.’s infringement claims, Samsung Electronics reported strong growths in revenue and profit as well. Certainly, the marketing spending of nearly 2.7 billion during the London Olympics Games to promote Galaxy smartphones and Samsung Electronics itself, was worth it as smartphone sales drove much of the profit.

Samsung Electronics, the South Korea-based company, has informed that it expects operating profits of about $7.3 billion, nearly double last year’s figure. The estimates of the company have beaten analysts’ expectations of $6.8 billion. Samsung Electronics’ revenue for the period was between $46 billion and $47.7 billion, up from $37.2 billion last year.

According to analysts, the record profits of Samsung Electronics were mainly driven by increases in the sector of Galaxy smartphones and high-end TVs offsetting other parts of the company’s business. Lee Sun-Tae, an analyst with NH Investment & Securities, noted: “Stronger than expected sales of Galaxy S3 and high-end television models appear to have propelled strong earnings growth in the third quarter.”

Marcello Ahn, an analyst with Nomura, believes that strong Galaxy smartphone sales contrasted with noticeably weaker performance at the semiconductor division of Samsung Electronics. Weaker results in this division were caused by muted demand for memory chips.

Many analysts, including Lee Sun-tae, believe that the fourth-quarter profit of Samsung Electronics will be affected by some expanses such as performance payouts and provisions for possible fines relating to a lawsuit with Apple Inc.  Analysts hold an opinion that Samsung Electronics’ earnings will decline until the second quarter of the upcoming year mainly due to the decrease in computer sales and weak global economy.

However Marcello Ahn expects another strong quarter in the last three months of the year because of the recent launch of the Samsung Electronics’ Galaxy Note 2 tablet and contribution from European sales as well.

Anna Domanska
Anna Domanska is an Industry Leaders Magazine author possessing wide-range of knowledge for Business News. She is an avid reader and writer of Business and CEO Magazines and a rigorous follower of Business Leaders.
« Marriott posts 3rd quarter profit of $143m
Profit of $7.3 billion posted in the third quarter by Samsung »
Leave a Comment
Close