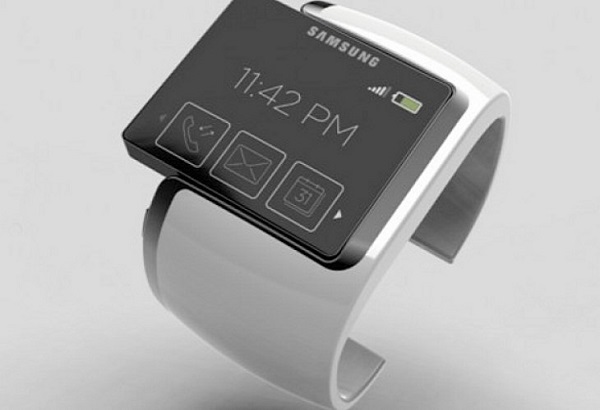 On Wednesday Samsung took a giant leap into the emerging wearable tech space with its new Galaxy Gear smart watch.

The Galaxy Gear smartwatch had been highly anticipated since the firm is currently the world’s bestselling smartphone maker and has beaten Microsoft, Apple and Google to unveil such a device

Samsung called it a “fashion icon”.

“The introduction of the Galaxy smartwatch comes as no surprise to the industry, which has been expecting Samsung to beat the likes of Apple – as well as watchmakers and other consumer electronics companies – to market,” said Chris Green, principal technology analyst at the consultancy Davies Murphy Group.

“Consumers might be a bit disappointed to find that the smartwatch is a partner device reliant on being paired with a Samsung Android smartphone or tablet, rather than being the completely autonomous media and communications device many consumers were expecting and hoping for.”

The Galaxy Gear features a 1.63inch (4cm) LED display, a 1.9 megapixel camera, a speaker and microphone, has four gigabytes of internal storage and a non-removable battery with a battery life of about 27 hours. The device must be linked wirelessly with a smartphone to perform its full range of functions. It acts as an extension to the phone by discreetly alerting users to incoming messages and calls on its screen.

The strap, which comes in six colors, holds a basic camera that can be used to shoot photos and video. When linked to a smartphone or tablet, the Gear lets people check emails and Facebook updates from their wrists. Samsung said replies are possible through voice dictation. Voice commands can also be used for such tasks as setting alarms, creating calendar entries and checking the weather.

Samsung’s approach contrasts with that of Sony, whose forthcoming Smartwatch 2 can be paired with any device running Android 4.0 or higher. This Gear will be compatible initially with two Samsung products also unveiled on Wednesday — the Galaxy Note 3, a smartphone with a giant 5.7-inch screen and a digital pen, and the Galaxy Tab 10.1, a tablet computer with a 10.1-inch screen comparable to Apple’s full-sized iPad. However, Samsung has assured to update the other Galaxy phones and tablets to work with the Gear in the future.

It comes preloaded with 10 different clock options. The number of apps that work with the Gear is also still very limited.  There will be about 70 apps available at launch including Evernote’s note-taking software, auction service eBay, the social network Path and several fitness programs.

Samsung said the watch could be used as a way to make voice calls without having to take the phone it was linked to out of the owner’s bag or pocket.

Brian Profitt, a technology expert and adjunct instructor of management at the University Of Notre Dame’s Mendoza College of Business, said the real question is whether the Samsung watch “will make the purchase of yet-another smart device worth it.”

“It’s great to have hands-free capabilities to take notes or snap a picture,” Profitt said. “But it is $299 great? That’s going to be the real test for the Galaxy Gear.”