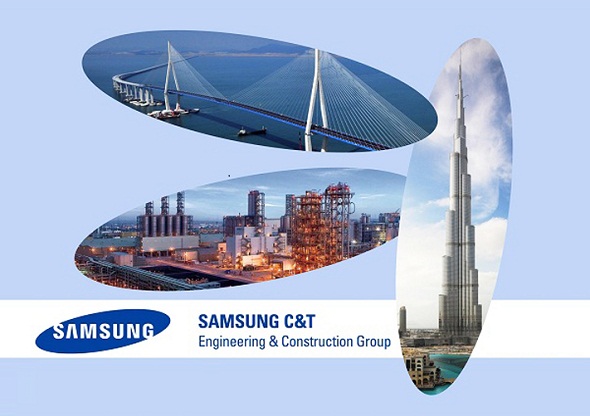 On Tuesday, the South Korean company, Samsung Group announced to merge with two major affiliates -Cheil Industries and Samsung C&T, as the business giant aims to accelerate its restructuring efforts ahead of generational power transfer within the founding Lee families.

All the stock deal was approved by the board members of both the firms. It would monitor Samsung’s de facto holding company, Cheil industries that has interests from fashion to theme parks, and acquiring a general trade unit- Samsung C&T.

The merger process that was expected to be accomplished by September, the shareholders’ approval is still pending, and will see Cheil industries offer 0.35 new shares for each share of Samsung C&T.

Samsung said in a statement that the merging companies will be called Samsung C&T, and will aim annual sales of around 60 trillion won by the year of 2020 than their combined sales of 34 trillion won in the year, 2014.

Samsung stated in a statement that both the companies are expecting to create synergy by amalgamating their construction business, where as Samsung C&T’s global network would help to develop companies with new opportunities overseas for Cheil’s resort, fashion, and catering business.

The family business ran by Samsung Group chair person- Lee Kun-Hee, has announced to merge two major affiliates, and has listed some of its industrial key units in recent years, as Lee desires to hand over his business units to his son- J.Y. Lee.

The Lee family is handling the vast Samsung Group with the help of a complex network of cross shareholdings from corner to corner with the group’s subsidiaries, including Cheil, where J.Y. Lee has a controlling stake.

An analyst at Seoul-based Mirae Asset Securities, Lee Kwang-Soo said that this is a merger of the two most significant Samsung units from the viewpoint of the heir.

The firms called the merger as Samsung’s strategic move that is aimed at creating a biotechnology companies with a global lifestyle.

Christy Gren
Christy Gren is an Industry Specialist Reporter at Industry Leaders Magazine she enjoys writing about Unicorns, Silicon Valley, Startups, Business Leaders and Innovators. Her articles provide an insight about the Power Players in the field of Technology, Auto, Manufacturing, and F&B.
« Dreaming to be Iron Man! Here’s Audi R8 e-tron, the all-electric and driverless supercar of the future
Snapchat to announce Initial Public Offering Soon »
Leave a Comment
Close