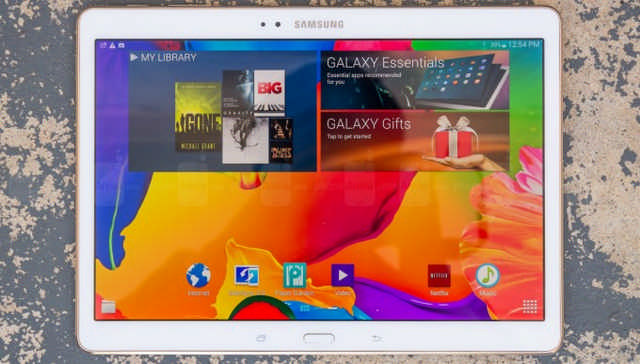 Currently, Samsung has announced the pricing for the Wi-Fi only versions only, with the 9.7-inch version coming in at $499.99 and the 8.0-inch version retailing at$399.99.

Currently, Samsung has announced the pricing for the Wi-Fi only versions only, with the 9.7-inch version coming in at $499.99 and the 8.0-inch version retailing at$399.99. Pricing and availability for the LTE-enabled versions will be confirmed by carriers, said Samsung.

The Wi-Fi only variant will be available in Black, White, and Gold. Color options for the LTE-enabled versions are limited to Balck and White and will depend on which carrier consumers choose to buy from. AT&T, Sprint, US Cellular and T-Mobile are stocking the Black version and Verizon has gone with White.

Samsung also announced that its actively working with retailers to offer a limited time tablet bonus trade-in offer that will offer buyers $100 or more off the price of Galaxy Tab S2 when they trade-in existing, qualifying tablets.

However, Samsung did not list qualifying tablets for the trade-in offer; it is most likely that its main competitor, Apple’s iPad will be on that list, specially when Apple is all set to launch updates to its iPad range, including a new iPad mini 4.

Sometime earlier Samsung announced it would offer iPhone users the opportunity to test drive its Galaxy S6 edge+ and Note 5 smartphones for a month for only $1 and with no obligations.