Samsung Galaxy Note Edge debuts on November 14 in US 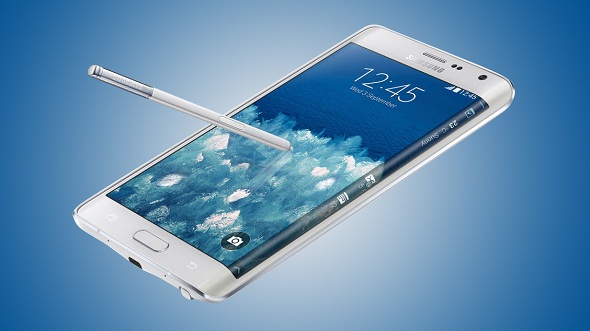 Two months ago, Samsung previewed the new phone in Berlin, Germany highlighting the new Samsung Galaxy Note Edge, a device that is almost identical to Galaxy Note 4 but comes with a curved display. The Note Edge will be available in four different colors like Charcoal Black, Frost White, Bronze Gold and Blossom Pink.

According to Samsung, the Galaxy Note Edge is the first Quad High Definition Super AMLOED display that curves around the side of the device. The customizable Edge display can be used to display widgets, frequently-used options/apps, along the right edge of the screen, or click on the side to trigger app shortcuts, even while watching a video on the main screen.

Samsung pioneered the so-called phablet design in 2012 with the Note, a device that was considered too big at the time. After that numerous handset makers have joined in with their own phablets, making it difficult for Samsung to stand out on display size alone. The Edge probably represents an attempt by Samsung to spark yet another new trend in smartphone design.

Samsung has always focused on innovating in hardware and as a result the software side has taken a back seat, where its smartphones are mostly powered by Google’s Android operating system.

The Galaxy Note Edge will be available through from AT&T, Sprint, T-Mobile, Verizon Wireless and U.S. Cellular. Samsung Experience Shops inside of Best Buy stores will also offer the Galaxy Note Edge. Pricing and availability will differ from carrier to carrier.

Galaxy Note Edge costs $945.99 upfront off-contract or $400 with a two-year contract with AT&T. It is also available for no down payment on the AT&T Next plan in which the carrier lets customers pay monthly instalments of $47.30 for 12 months or $39.42 for 18 months.

Sprint also announced the availability of the Edge from November 14th although their off contract price is slightly more reasonable than AT&T, priced at $840. Sprint noted the device could be purchased for zero down and 24 monthly payments of $35, totalling $840 making the purchase interest free.

Anna Domanska
Anna Domanska is an Industry Leaders Magazine author possessing wide-range of knowledge for Business News. She is an avid reader and writer of Business and CEO Magazines and a rigorous follower of Business Leaders.
« Hotel guests use smartphones as room keys
LG and Google announce global patent license agreement that is set to last a decade »
Leave a Comment
Close