Samsung is warming up to announce the Galaxy Note 9 flagship today at the Galaxy Unpacked event in New York. It’s one of the events of the year which will quench lots of anticipations as Galaxy lovers wait patiently for a new Galaxy Note. The event will kick off at 11 am EST (8:30 pm IST) and will be streamed live on a dedicated page. Samsung will be releasing the Galaxy Unpacked live stream link at the beginning of the event. But most importantly, pre-registration for the Smartphone is already ongoing in India.

What to expect at the Galaxy Unpacked event

Series of leaks has left almost nothing in secret, including the Galaxy Note 9 price. We know that much focus is on the Smartphone’s camera, pen support and battery, all set for improvements. Samsung has also revealed plans to launch a new smartwatch, Galaxy Watch, at the event. In addition, a wireless charging device for the new Galaxy Note and Watch will be revealed as well as Samsung smart speaker powered by its Bixby virtual assistant. I haven’t mentioned that the S Pen stylus which will feature vast improvements will be available in varied color options. 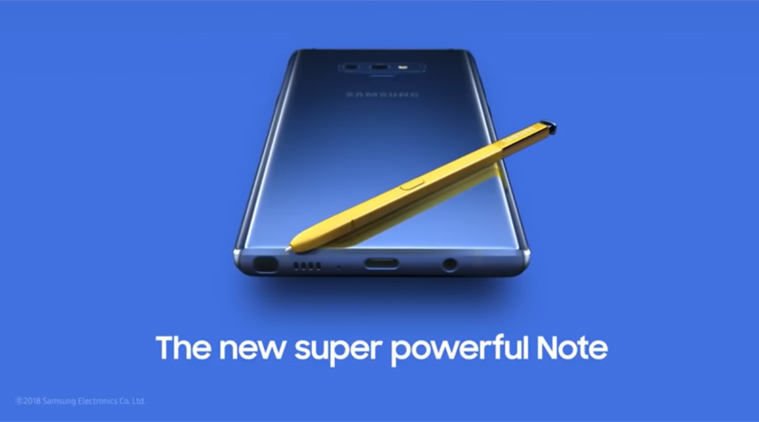 Based on the rumors, a 6.4-inch QHD+ Super AMOLED, HDR 10 compliant Infinity display with an aspect ratio of 18.5:9 is a very likely feature to expect. Samsung Galaxy Note 9 specs released also alleged that it would be powered by two different processors depending on the region: either the Snapdragon 845 SoC processor or an Exynos 9820. An 8GB RAM is very likely and the storage configuration will be as massive as 512GB.

The camera which is subject for improvements would be set up as a horizontally placed dual camera and the fingerprint scanner positioned below it – no longer placed beside the phone’s sensors as seen in Galaxy Note 8. The new Galaxy Note will also feature improved video, support OIS and as well as a dedicated shutter button.

A fast charging support will be suitable for the speculated 4000mAh battery which will also support an all-new wireless charging pad (Wireless Charger Duo) that can also be used to charge the Galaxy Watch arriving today as well. Samsung is also introducing a new Bluetooth connectivity feature which will allow users to unlock the new Galaxy Note remotely by simply pressing a button on the S Pen stylus. It would also introduce a Gold-colored S Pen in its effort to offer new color combinations.

Anna Domanska
Anna Domanska is an Industry Leaders Magazine author possessing wide-range of knowledge for Business News. She is an avid reader and writer of Business and CEO Magazines and a rigorous follower of Business Leaders.
« Milan Red: A Brand New 1,325HP Hypercar on the Block
Leaked internal Facebook memo reveals a ‘psychological trick’ on how to woo teenage users »
Leave a Comment
Close