According to the recent rumor mill, Samsung’s next flagship phablet is almost ready for launch, but there’s still a great deal of speculation as to its design and specifications. The device could be officially launched on the 2nd of August. The date was seen on the leaked Samsung Galaxy Note 7 poster so this could be the real deal.

The Korean giant has been innovating on several aspects of the markets. It has now been anticipated that the company will bring the necessary change in the way the devices function. One recent rumor suggests that the handset will be sporting a dual-edge curved display. 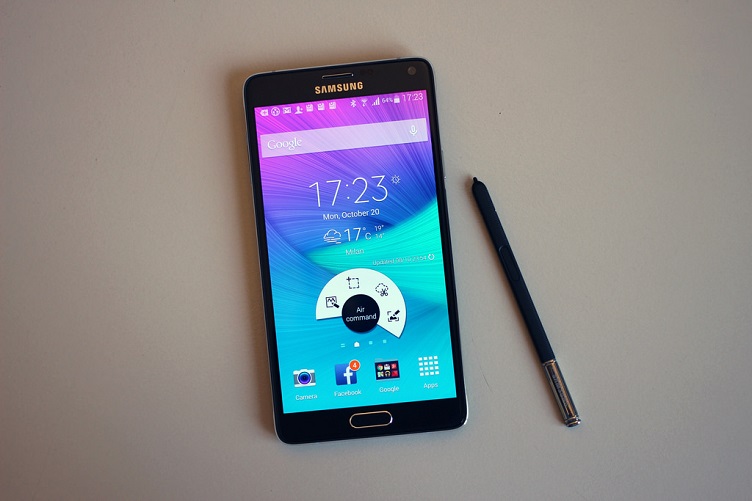 Earlier it was suggested that the device will be coming with a 5.8-inch display. However, later it was revealed that the Samsung Galaxy Note 7 will feature a 5.7-inch Super AMOLED Quad HD like the last year’s Galaxy Note 5.

Further leaks state that the device will indeed sport an iris scanner as an alternative to the fingerprints and also a safe method to unlock the phone by just looking at it.  Similar to how our fingers come with a distinctive pattern that is scanned for a secure unlock, the same way iris feature an exclusive pattern that front-facing cameras on the Note 7 will identify and unlock the phone securely.

A patent application by Samsung revealed how its iris scanner would work. For accurate recognition, three lenses would be needed, which can be seen in the leaked pictures with three circular holes at the top of the panel. Taking into account that the iris scanner should be installed above the display, the leak suggests that the company could do away with its logo on the front of the device, in an effort to cut down the amount of bezel above the screen.

The Note 7 phablet is said to come in two variants – one featuring the new Snapdragon 821 chipset powered which will work at 2.3 GHz processor, and the other one will sport a Samsung-made Exynos 8893 SoC that includes a 2.6-2.7 GHz processor. Both the variants are expected to feature 6 GB of RAM and up to 128GB of storage space. The Exynos devices are likely to be sold in the emerging markets.

Other features include a USB Type-C port and a 3,600 mAh capacity battery, IP68 water protection and New S-Pen. On the camera front, the device is said to feature an improved 12-megapixel camera with dual-pixel phase detection autofocus and a 5-megapixel sensor is expected to sit on the front. It will also be featuring a heart rate sensor.

The Note 7 is expected to release in the Black, White and Gold options. Even an Ocean Blue’ variant has also been anticipated. Also, it has been reported that there has been some confusion regarding the name of the device, however, the name, Samsung Galaxy Note 7 has been confirmed by popular leakster Evan Blass.

Though the leaks seem reliable, nothing is official until Samsung confirms it and this should happen soon.