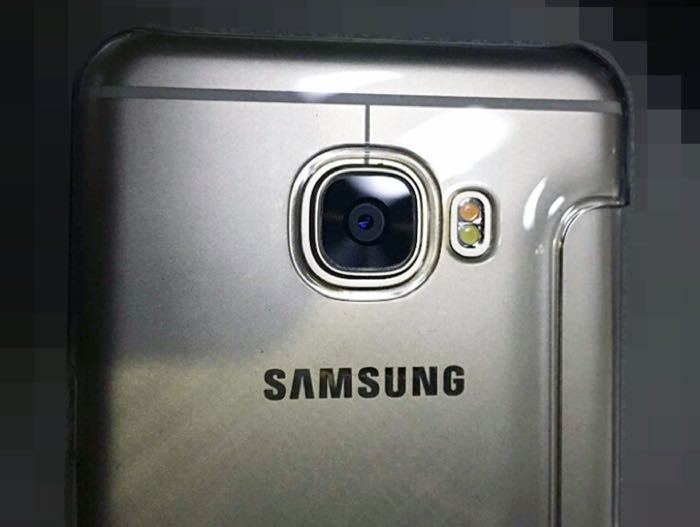 Samsung Galaxy C5 leaked images reveal the device is going to sport an all metal body separated by two antenna stripes at the top and bottom of the back panel.

Pictures of the latest Samsung handset identified with the model number SM-C5000 have been leaked and a France website NoWhereEsle has published them. While the leaked Samsung Galaxy C5 leaked images give the impression that the device has the glossy finish, it’s not the case. The device will have a matte finish to its all metal body, and as the leaked images show, its design is quite similar to HTC 10 and HTC Perfume. 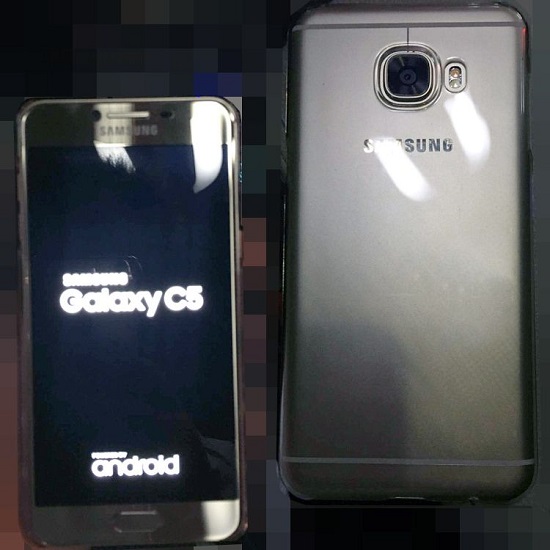 Galaxy C5 photo leaks from several sources show that the device will come with a 5.5 – inch display, with full HD resolution of 1920 x 1080 pixels. It will be powered by an octa core Qualcomm Snapdragon 615 / Snapdragon 617 processor clocking at 1.5 GHz/1.4 GHz and will come packed with 4GB of RAM, and an Adreno 405 GPU.

The new Galaxy C5 will come with the latest version of Google’s mobile OS, Android 6.0.1 Marshmallow. The Korean company is set to launch the new series C in China by the end of next month. It is not yet known if the smartphone will be available in other parts of the world.

The Galaxy C5 leaked images, add legitimacy to the rumors that the Korean company is grinding out mid-rangers as a response to the growing number of Chinese firms manufacturing ultra-cheap and yet powerful handsets.

Industry Leaders will update soon as we get more details including Samsung Galaxy C5 release date, price, and specs.

Alphabet-company Google has announced $150 million to promote vaccine education and equitable distribution of the vaccine. It will also open...
47 mins ago

The earnings season in Europe starts this week, and the banking industry executives are sure to come under fire from shareholders, boards an...
21 hours ago

Amazon Inc. plans to set up a pop-up clinic at its Seattle headquarters on January 24 to help vaccinate 2,000 eligible members of the publi...
4 days ago