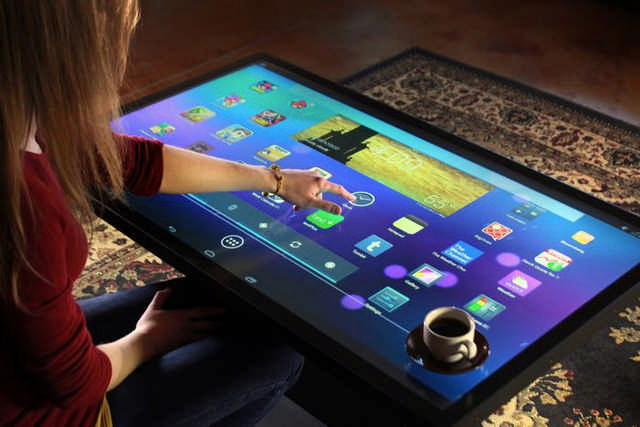 The super-sized device, known as SM-T670 is codenamed Tahoe and will be targeted for use in office, school, and living rooms instead of as a standard personal tablet.

According to Sam Mobile, the South Korean based electronics giant Samsung is reportedly working on a gigantic tablet with an 18.4-inch display that will run on Google’s Android operating system.

The super-sized device, known as SM-T670 is codenamed Tahoe and will be targeted for use in office, school, and living rooms instead of as a standard personal tablet. The Tahoe would be Samsung’s largest tablet to date. At present, that title belongs to the company’s line of Galaxy Note Pro and Tab Pro tablets, which sports 12.2-inch screens.

This year, the world’s number one smartphone manufacturer has shown no signs of slowing down as it has launched various devices. Beginning of the year, Samsung released the Galaxy S6 and Galaxy S6 Edge flagship smartphones and recently the company announced the Galaxy Note 5 and Galaxy S6 Edge Plus. Additionally, the company also announced a range of tablets, including the recent Galaxy Tab S 8.0 and Galaxy Tab S 9.7 in July, though they are not on sale yet and are expected to become available for purchase in September.

The Samsung Tahoe will reportedly feature an 18.4-inch TFT LCD display with a 1080p (1920 x 1080) resolution. It’s said to run Android 5.1 Lollipop OS and will be powered by an octa-core 64-bit 1.6GHz Exynos 7580 processor paired with 2GB of RAM. Other features include 32GB of internal storage, a microSD slot which supports up to 128GB and a large 5,700 mAh battery. The upcoming tablet will sport an 8-megapixel rear facing camera along with a 2.1-megapixel front facing camera. All in all, the device dimensions are considered to be 451.8 mm wide, 275.8 mm tall and 11.9 mm thick.

The android super-sized tablet’s name is expected to change during launch as Samsung might probably not stick with the Tahoe codename. If the company will indeed launch this tablet to the market, it is likely to take on Apple’s own large-sized iPad Pro which is believed to arrive next month. But then, there are also rumors of Samsung launching a 12-inch Windows 10 tablet would be a more apt rival as it’s said to feature a more vivid screen and high-end specs.

The Sam Mobile’s report does not provide any details about the pricing or release date of Samsung’s 18.4-inch Android tablet. However, the next big consumer electronics event will be the IFA 2015 that will take place in Berlin, Germany next month. So if Samsung is truly working on the Tahoe, that’s the most likely venue where it can showcase the device together with its 12-inch Windows 10-powered sibling.