Samsung Electronics is seeing a two-year high in profits riding high on Huawei troubles and a rise in demand for its chips.

Samsung Electronics saw a jump of nearly 60 percent in its third-quarter operating profits Thursday, spurred by US sanctions against Chinese rival Huawei, which boosted its mobile and chip business.

The South Korean tech giant said in an earnings estimate that it expected operating profit to reach 12.3 trillion won ($10.6 billion) for July to September, up from 7.8 trillion won in the same period last year.

The prediction was the firm’s biggest operating profit of any quarter for two years and was also ahead of analyst forecasts.

This is well above a Refinitiv Smart estimate of 10.5 trillion won. It would be the strongest result since 17.57 trillion won in the third quarter of 2018.

“It seems Huawei’s impact on Samsung’s chip business was bigger than the market expected, and there was a big surprise in the smartphone and home appliance businesses,” said CW Chung, head of research at Nomura in Korea. 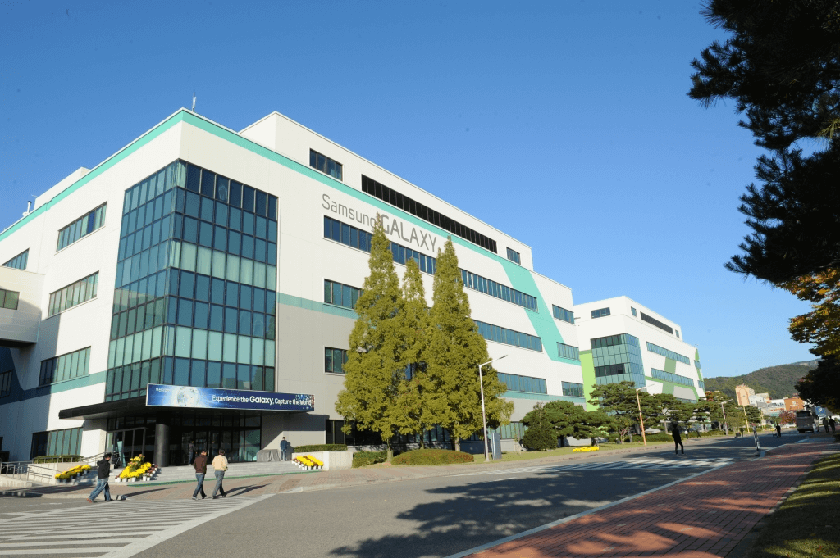 Washington has an ongoing trade and tariff war with China and has concerns that some tech companies are spying on the US through their subsidiaries. It also has issued licensing bans on use of US technologies for manufacturing chips and semiconductors in China. A ban on foreign companies providing Huawei with US-origin technology, came into effect on September 15 — cutting off essential supplies of semiconductors and software needed for making smartphones and 5G equipment. This worked in favour of Samsung.

“Many consumers were reluctant to buy Huawei phones because they thought that Huawei may discontinue phone sales and services because of U.S. restrictions,” Kang said.

Kang Min-soo, an analyst at Counterpoint Research, said US sanctions against Huawei were becoming “a big factor” affecting the global smartphone market.

“For Samsung, it will be a good opportunity to increase market share in Europe, where it has been competing with Huawei in various price bands,” he added.

It benefited also when Huawei stocked up on Samsung-made semiconductors before the US restrictions kicked in.

“Huawei has stocked about six months’ worth of extra inventory before the US ban took effect on September 15,” MS Hwang, an analyst at Samsung Securities, told Bloomberg News. “Huawei’s purchases are offsetting weakness in server-use demand and are devouring market inventory, which should affect prices down the road.”

Samsung is the world’s biggest manufacturer of memory chips and led the DRAM market with a 43.5-percent share in April-June, according to market researcher TrendForce.

Samsung Electronics shares closed down 0.3 percent on Thursday. Samsung has not revealed its net profit and other business performance data yet as its final earnings report is expected later this month.

There is also the scandal of its vice-chairman and de facto leader Lee Jae-yong being involved in a corruption scandal that could see him return to prison. The company might face some hiccups in decision making due to his retirement.

Samsung Electronics is an important subsidiary of the Samsung conglomerate. It is one of the largest family-controlled companies in South Korea, known as chaebols that dominate business in the world’s 12th-largest economy.

Its overall turnover is equivalent to a fifth of the country’s gross domestic product.

The Federal Communications Commission rejected by a vote of 3-2 on Tuesday to freeze the rollout of Ligado Networks’ nationwide mobile bro...
15 hours ago

The crude oil prices showed an upswing with Brentwood going up to $56.08 a barrel and the US West Texas Intermediate crude oil selling at $5...
16 hours ago

Apple Inc.’s much-coveted Apple Car could be produced by Kia Corp. at the latter’s manufacturing facility in the United States. The Sout...
16 hours ago