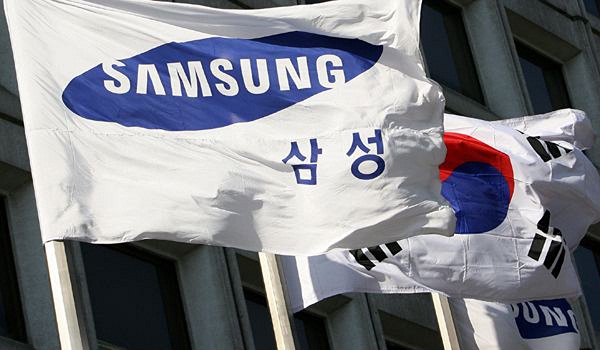 Samsung Electronics Co. can surprise. And it has surprised again with its record quarterly profits exceeding analysts’ expectations as the smartphone bonanza continues. No doubt  that the South Korean electronics manufacturer witnessed these strong results as strong sales of its Galaxy models indeed offset weak demand for  the company’s TVs. It seems that Samsung Electronics Co. will enjoy maybe even stronger results in the upcoming months as its new Galaxy S4 smartphone is expected to strengthen the company’s presence in the US market.

On the 26th of April, the South Korean manufacturer issued its results for the quarter ended March, indicating that its net income surged to staggering 7.15 trillion won (around $6.4 billion), compared to slightly over 5 trillion won recorded the same period a year earlier. The net profit was far above analysts’ estimates of 6.7 trillion won.

Undeniably, Apple Inc., the biggest rival of Samsung Electronics Co., cannot take pride in its results as it did inform that it had recorded a surprising decline in its quarterly profits for the first time in 10 years.

Analysts note that Samsung Electronics Co. has a simple recipe for success as it basically offers a wider range of smartphones in comparison to its US-based rival. Therefore it has a bigger market share as it has also won hearts of clients from emerging markets. However, the company is fully aware that the competition will be fiercer in emerging markets. Robert Yi, head of investor relations at Samsung Electronics Co., warned: “We may experience stiffer competition in the mobile business due to expansion of the mid-to-low end smartphone market, ” indicating that the company was aware of future challenges.

Samsung conquers the US with Galaxy S4

On the 27th of April, Samsung Electronics Co. is due to launch its much-anticipated Galaxy S4 which is said to be a hit also in the United States. The release of its new flagship smartphone is aimed at winning a bigger market share in the US which is the Apple Inc.’s home market. The fact is that Samsung Electronics Co. aspires to snap the Apple Inc.’s preferential position in the US, thus it has recently announced the launch of its mini stores in Best Buy.

With its launch of the Galaxy S4, new mini stores, omnipresent advertisement, Samsung Electronics Co. is simply attacking the position of Apple Inc. The attack is even simpler as Apple Inc. is expected to roll out its new devices in autumn. That’s a lot of time to capture a bigger share in the US market.

Anna Domanska
Anna Domanska is an Industry Leaders Magazine author possessing wide-range of knowledge for Business News. She is an avid reader and writer of Business and CEO Magazines and a rigorous follower of Business Leaders.
« Slew of Apple devices to arrive in autumn
What is KALQ keyboard?? Let’s ask Dr Per Ola & Dr Antti »
Leave a Comment
Close