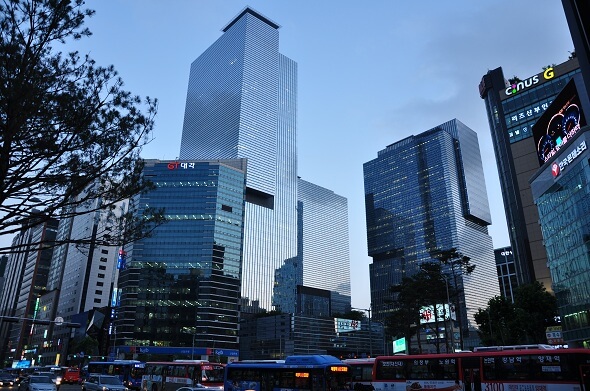 According to reports, the commercialization of the 60GHz Wi-Fi band spectrum would happen as soon as early 2015.

The company claims to have developed a new 60GHz Wi-Fi technology which would be capable of wireless data transmission at up to 4.6 gigabits per second or 575 megabits per second (Mbps), which is incredibly fast.

The 60GHz Wi-Fi technology would be fast enough to transfer a movie file 1 gigabyte in size in less than three seconds between devices, the electronics developer said in an e-mailed statement on Sunday. The new technology is also fast enough to allow uncompressed high-definition videos to be streamed in real time. Samsung predicts that the new technological breakthrough will bridge the gap between theoretical, and actual, real-life Wi-Fi speeds and exhibits actual speeds more than 10 times faster than with existing Wi-Fi technologies.

“Samsung has successfully overcome the barriers to the commercialization” of the 60GHz Wi-Fi technology, Kim Chang Yong, head of a Samsung R&D centre, said in the statement. “New and innovative changes await Samsung’s next-generation devices, while new possibilities have been opened up for the future development of Wi-fi.”

Millimeter waves from the Wi-Fi device will cut down while reaching the device, because they travel by line of sight and are stopped by walls and other obstacles. Samsung says it has solved the speed-killing issues by altering the design of the circuit. The company uses wide-coverage, beam-forming antennae as well as micro beam-forming control technology to achieve the 4.6Gbps speeds.

The announcement comes as Samsung is trying its level best to remain relevant and profitable amid growing competition from dozens of new competitors giving the Korean company a run for its money. This new technological breakthrough could provide momentum for Samsung to continue its growth and product innovation while competing against new devices like the iPhone 6 and 6 Plus from companies like Apple, especially as the recent Samsung Galaxy Note goes up head-to-head with the iPhone 6 Plus which is similar in size. Additionally, this could also help the electronics giant maintain market share in the Asia-Pacific sector, where a growing number of Chinese smartphone makers have flooded the market.

Samsung last week released its quarterly operating profit report which showed a growth of more than 60 percent. The company also announced a $14.5-billion investment to construct a plant in South Korea in order to meet the increase in demands of semiconductor chips.

According to reports, the commercialization of the 60GHz Wi-Fi band spectrum would happen as soon as early 2015. The tech firm expects to apply its new Wi-Fi technology to a huge range of products, including audio-visual, Wi-Fi supported medical devices and telecommunication equipment.

Anna Domanska
Anna Domanska is an Industry Leaders Magazine author possessing wide-range of knowledge for Business News. She is an avid reader and writer of Business and CEO Magazines and a rigorous follower of Business Leaders.
« iRobot creates Military Robots that can be controlled using a tablet in conflict-zones
Apple Pay is scheduled to go live on October 18 in Walgreens stores, leaks claim »
Leave a Comment
Close

: Visa is committed to perform better in the field of open banking sector by combining its networks and Tink’s modern technologies.
10 hours ago