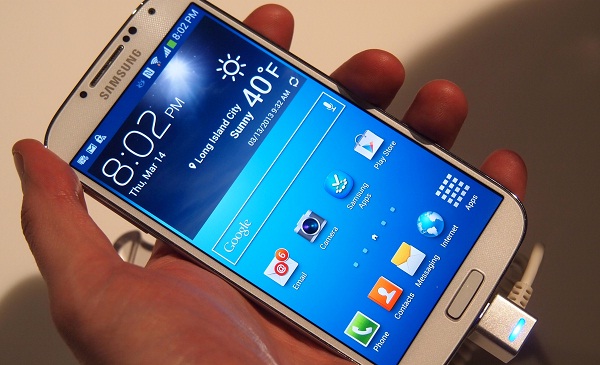 Samsung Electronics Co., which has established itself as the market leader in the Android tablet and smartphone categories, was on display at 2013 E-Tech Awards on the 23rd of May at the CTIA trade show held in Las Vegas. The South Korean smartphone giant won hands-down in the Smartphones and Handsets category with its Galaxy S4 model. Its Galaxy Note 8.0 was the best in the Notebooks and Tablets category. Interestingly, it also won the connected Lifestyle category with its Galaxy Camera.

The CTIA E-Tech Awards in 2013 was the eighth edition of the popular award and saw many of the popular tech companies winning consumer awards. Verizon and VMWare were some of the other tech firms making away with audience votes.

However, in an interesting development, Apple Inc. has added one more Samsung model to its long list of Samsung devices that it wants the federal judges to review for patent infringement. This time, it is Samsung’s latest offering that is making deep inroads into consumer markets as the issue of the Galaxy S4 will be presented in front of Paul Grewal, the US District Court Judge, in San Jose.

Currently, it is not an exaggeration to say that Samsung Electronics Co. and Apple Inc. are in the middle of a long –drawn patent infringement battle which seems to be endless. Apple Inc. has accused the South Korean giant on five counts of patent infringement. The voice-enabled search feature which Apple Inc. debuted as Siri is also available on Samsung’s smartphones. Additionally, the company claims that other features relating to user interface, data manipulation are also infringed upon by Samsung Electronics Co., including the Galaxy smartphone series.

The trial for this legal battle is expected to begin only by early 2014.

However, in an earlier settlement of $450 million that Samsung Electronics Co. had to pay to Apple Inc., the order was revised to a lower amount. The company claimed that there had been an error in the calculation of the compensation to be paid and the amount that Samsung would have to pay Apple Inc. remained at $589 million.

Interestingly, new Galaxy smartphones have been very successful in various markets ever since their launch in April. In fact, the Galaxy S4 is again in the eye of the storm with Apple Inc. on patent infringement essentially for some of the standard features common across the smartphone industry.

Despite the continued competitive atmosphere in the market space, Samsung Electronics Inc. has continued to establish itself as the market leader for android smartphones and tablets besides Lifestyle products as this year’s E-Tech Awards speaks for itself.

The patent infringement battle is being fought by the two technology companies not just on the US soil but in Europe and Australia as well.

Aubrey Chang
Aubrey Chang, Associate Editor Industry Leaders Magazine (www.industryleadersmagazine.com)
« Elimination of tax evasion said to be panacea for world’s poverty
P&G to get out of the woods with help of new CEO Lafley »
Leave a Comment
Close