During an event in New York City, Samsung announced the release of the new Gear Fit 2 into the competitive fitness wearable market. This marks the company’s second attempt at the booming fitness tracking market.

The original Samsung wearable which was launched back in 2014 saw limited success but the Korean company hopes that the updated design and features can help get it back on course. 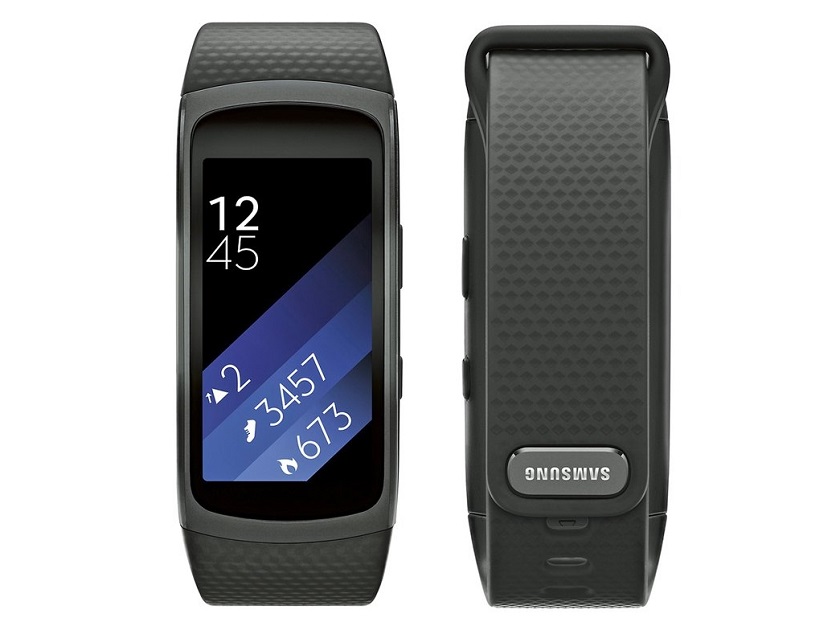 The Gear Watch is better equipped while being priced cheaper than its competitors. It is able to function independently without the need to be constantly linked to a smartphone, and has features like sleep tracking and more exercise based features, like a heart rate monitor and built-in GPS tracker that allows the device keep tabs of the outdoor activities of the wearer and keeps statistics of it.

The watch has improved features and a set of new features that make the device more than just a simple fitness tracker. While the sequel device is more flexible as compared to the earlier model, the display is twice as wide as the original version. The electronics giant said that the size has been increased in an effort to have enough room for a 1.5-inch, super AMOLED display with maximum visibility in mind. Users are not required to turn their wrist to view a horizontal display, as all of the data will be displayed vertically on their wrist.

According to the company, the device can track every activity of the wearer, from squatting to yoga, with the aim to promote a healthier lifestyle. The fitness features include three different tracking modes running, cycling, and elliptical which lets users track their advances as they workout, like their timing, pace and route. Since the device is from Samsung, Android users can sync their phone, music, and workout data to the band, but iPhone users can not.

The wristband is designed for outdoor use as it also sports an IP68 certification, which means, the device can be immersed in water for up to 30 meters deep. It is powered by a 200mAh battery—which can last for up to 3 days of use or up to 5 days at standby. The watch has a standalone music player with 512 MB of RAM memory and 4GB built-in internal storage.

The device is capable of recording and keeping track of different fitness activities of the user such as Treadmill, Exercise bike, Yoga, Step machine, Pilates, Lunges, Crunches, and Squats, among others.

The Gear Fit 2 will sell for $180 and will be available in two different sizes and in three colors: black, blue, and pink. It is now available for pre-order and sales of the device will open on June 10.

Anna Domanska
Anna Domanska is an Industry Leaders Magazine author possessing wide-range of knowledge for Business News. She is an avid reader and writer of Business and CEO Magazines and a rigorous follower of Business Leaders.
« Will 2016 be the Year of Women CEOs?
GREEN REVOLUTION: Turning New York into Noah’s Ark »
Leave a Comment
Close