This Smart Home Starts At $52,000 and Comes With Complete AI Tech 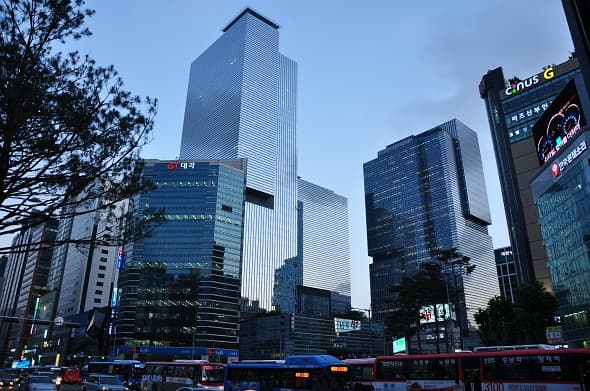 South Korean electronics giant Samsung Co Ltd announced on Tuesday that it had acquired U.S. air conditioner distributor Quietside LLC in a bid to penetrate deeper into the North American market and to strengthen its smart home business.

It is Samsung’s second such acquisition within a span of a week after it announced on Friday it had acquired SmartThings, a U.S.-based platform developer which develops apps that enable users to control, monitor and automate devices at home.

The so called smart homes allows users to control various household appliances from a mobile device and it is increasingly becoming an area of focus for huge technology companies like Samsung Electronics, the world’s biggest maker of smartphones.

While the price or other details of the acquisition has not been disclosed yet, a Samsung Electronics spokesman said the South Korean company purchased 100 percent of Quietside.

In a statement, Samsung Electronics said that all air conditioning products are a prerequisite in all buildings, including homes and offices and the acquisition is expected to help them in their future smart home business.

Quietside Corporation has been a master distribution channel for heating, ventilation and air conditioning (HVAC) products. Since 1997 the company has been the leading distributor for Samsung HVAC products in the US and Canada.

With the acquisition, Quietside will have much greater access to Samsung’s huge range of energy efficient and cost effective HVAC products, even including its industry-leading DVMS System with high level efficiency ratings. As a result of the acquisition, Quietside will be adding more personnel and infrastructure investment will be increased in North America in order to serve the continuing expeditious expansion of the split ductless and VRF product segments.

Sang Lee, the founder of Quietside has had over 29 years of experience in the North American HVAC market. He will continue as the CEO and will have operational responsibility for the company.

“The acquisition of Quietside by Samsung provides a terrific benefit to our customers and employees,” said Sang Lee. “The rapid growth of our product categories in North America provides a great opportunity for us to scale our business rapidly to meet the needs of the market. The operational capabilities of Samsung and the strength of the Samsung brand will mean incredible opportunities for us all going forward.”

Samsung Electronics intends to become the world’s top most home appliances maker by 2015, the company also plans to introduce an advanced HVAC product line-up that better reflects the needs of North American customers. Quietside, which has around 500 stores in the United States, will continue to be headquartered in the Dallas/Fort Worth area.