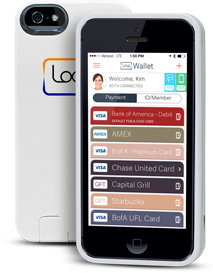 Samsung announced that it has acquired LoopPay, a US-based mobile wallet startup as it tries to gain a share in the mobile payments market to compete with archrival Apple’s recent offering in the form of Apple Pay .

The South Korean electronics company will acquire the Massachusetts-based firm for an undisclosed sum. With the new deal, LoopPay’s team will reportedly join Samsung to help reinforce the smartphone maker’s effort to give users safe, seamless and reliable mobile wallet solutions.

“Our goal has always been to build the smartest, most secure, user-friendly mobile wallet experience, and we are delighted to welcome LoopPay to take us closer to this goal,” said JK Shin, head of Samsung’s mobile division.

LoopPay uses Magnetic Secure Transmission technology that can transmit credit card or debit cards information in conjunction with a mobile app. When the small add-on device is held within a close range of a traditional magnetic strip reader, the card information is sent wirelessly to make a payment. Since it works over a magnetic field, LoopPay works with approximately 90 percent of retail terminals and does not require new terminals fitted with wireless microchips to support NFC as Apple Pay does.

Currently, LoopPay offers a standalone device like an iPhone case or a CardCase to help in keeping the payment tech into a protective casing. The case is one of LoopPay’s most popular offerings. However, Samsung might just build the technology directly into phones in the future. With LoopPay’s technology, future Samsung devices may be able to replace credit cards, with Samsung customers able to wave their phones at payment terminals instead of swiping a card.

LoopPay’s founders Will Grayling and George Wallner will join Samsung’s mobile team and both its tech and talent will be merged with Samsung’s mobile efforts and global presence so as to help the Korean giant fulfil its mobile wallet plans.

“I’m excited to let you know that LoopPay has signed an agreement to be acquired and become a wholly owned subsidiary of Samsung Electronics America, Inc.” Graylin said on the official announcement page. “Our vision of inspiring consumers to transition from a physical wallet to a truly digital wallet will continue. I’m most excited that Samsung shares this vision and has chosen to help change how we shop and pay for goods and services. We look forward to working with Samsung to offer the world’s most secure and compelling mobile platform.”

Though Samsung has not confirmed the inclusion of mobile payment technology in any of its upcoming devices, there’s widespread speculation of the possibility of such a feature in the upcoming Galaxy S6 tipped for launch at Mobile World Congress 2015 in Barcelona next month.

Christy Gren
Christy Gren is an Industry Specialist Reporter at Industry Leaders Magazine she enjoys writing about Unicorns, Silicon Valley, Startups, Business Leaders and Innovators. Her articles provide an insight about the Power Players in the field of Technology, Auto, Manufacturing, and F&B.
« Apple had to zap key health features from its smartwatch due to reliability issues
Outlook for Android and iOS gets new security features »
Leave a Comment
Close