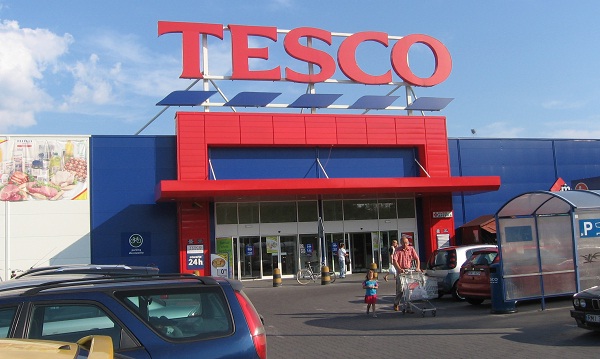 Tesco Plc disappoints with its sales for Q1

There are gloomy days behind retail giant Tesco Plc and there are dismal days ahead of it as the company saw its sales slump around 1 percent on a like-for-like basis in the quarter ended May 25. But not only UK sales made Tesco dizzy as it had to face facts that its world expansion was undeniably challenged as well. With the ongoing £1 billion turnaround plan, Tesco Plc has to get a grip on itself if it wants to see changes.

Words of Tesco CEO Philip Clarke that the retail giant is “on track” might sound either funny or like a spell. Yet the reality is far from his words as Tesco Plc recorded a 1 percent slump in its UK sales on a like-for-like basis in the quarter ended May 25.

Certainly, the infamous horsemeat scandal had an immense impact on the results recorded in the United Kingdom. But the fact is that the company suffered the slump also because of disappointing non-food trade as there was weak demand for these products. But sales are in general weak as the retail giant has been reducing its involvement in electronic devices, etc.

However, Tesco Plc might be satisfied with its results recorded in Scotland where it saw its sales climb around 0.5 percent, the fastest growth pace in approximately 3 years.

But the fact is that the retail giant should be also concerned about its worldwide expansion which is significantly challenged. According to the figures released by Tesco Plc, the company saw its sales in China dive around 5 percent in the three-month period ended May. But this drop is not as much alarming as a slump of approximately 15.5 percent which was recorded in Turkey. As for the whole Asia, sales decreased approximately 3.8 percent due to weak demand in China and work-related constraints implemented by the South Korean government.

Not surprisingly at all, Tesco Plc witnessed a 5.5 drop in its European markets as they were still struggling with harsh economic conditions. Furthermore, the results were indeed depressing as the company’s two overseas markets saw growth in the three-month period ended May.

Turnaround plan or a big joke?

All aforementioned figures questioned the efficiency of the £1 billion turnaround plan which was implemented in April 2012. Yet Philip Clarke, chief executive officer at Tesco Plc, continues to underline that the strategy has started bearing fruits. He has highlighted that the slumps were normal outcomes of the introduction of the turnaround plan as the company had started to focus more on “higher margin products”, including clothes.

However, investors seem not to be very faithful believers in the Tesco’s turnaround plan. The fact is that Tesco Plc brings poor and disappointing results, compared to its rivals. The figures for May were unrelenting as Tesco saw its total sales increased modest 0.5 percent while Sainsbury’s climbed 5.3 percent and Waitrose jumped as much as 11 percent.

Thus Tesco Plc has a tough task ahead of itself – it just has to bring good news.

Anna Domanska
Anna Domanska is an Industry Leaders Magazine author possessing wide-range of knowledge for Business News. She is an avid reader and writer of Business and CEO Magazines and a rigorous follower of Business Leaders.
« IBM acquires SoftLayer as it aims to stabilize its cloud portfolio
US household wealth advances hitting a record level »
Leave a Comment
Close