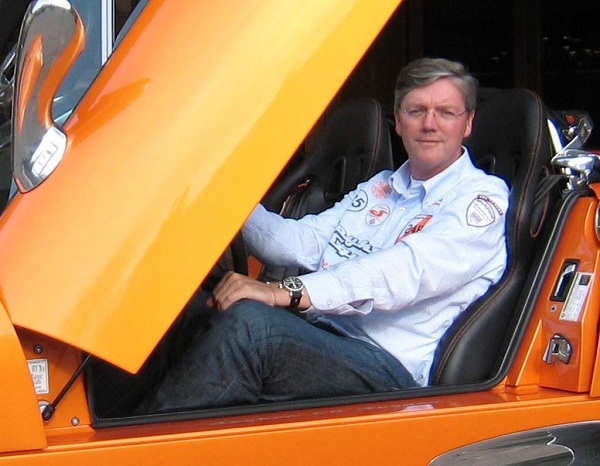 Legal action is being taken against General Motors by Spyker NV which is working in support of its subsidiary, Saab. The Dutch sportscar manufacturer has sued GM for over $3 billion on charges of intentionally bankrupting the Swedish unit by preventing a deal from taking place with a Chinese shareholder.

Victor Muller had tried to come up with an ideal transaction for months; something that would rescue the company. He had gotten in touch with numerous Chinese, Russian and Middle Eastern shareholders including China’s Pang Da Automobile Trade Co. Ltd. and Zhejiang Youngman Lotus Automobile Co. Muller told reporters that the claim of $3 billion was founded on what brand Saab would have been valued at if a contract with any of these two Chinese businesses had gone ahead as intended.

Accusations Made by Spyker

Saab Automobile happened to be one of the most popular brands in Sweden. But the company put to a halt to its production process in May of last year when it found out that it was unable to provide staff workers and suppliers with their salary. It went completely broke in the month of December. Not even two years had passed since GM had sold off the unit to Spyker. According to Spyker, GM employed all means necessary to kill any sort of sale so that a possible market competitor could be nipped right in the bud.

In the complaint filed by Spyker in the United States District Court of the Eastern District of Michigan, the company accused GM of not having any intention of permitting Saab to contend against it in the province of China. The company added that when Saab was provided with an opportunity to secure liquidity and carry on as a operating concern with a lot of assistance from Chinese shareholders , GM was held bent on messing up the contract any way it could which did not exclude the sharing of fabricated facts regarding its rights under the contracts of the parties.

The lawsuit filed by Spyker was deemed to be without any merit by Dave Roman, the spokesman for GM. He said that the company would not stand by idly and would be contesting to defend itself against such groundless accusations. However, the Chief Executive of Spyker, Victor Muller was of the opinion that GM deserved whatever action it got to do with the lawsuit. He claims that GM never expected them to survive for so long. Apparently, they assumed that Spyker would be closed off along with Saab but nothing like that did actually take place.

The lawsuit can prove to be costly for GM since Spyker is seeking a minimum of $3 billion in reparation damages along with disciplinary harm and interest. There are legal fees involved as well as Spyker had wasted over hundreds of thousands of bucks in lawsuit costs building the case over the course of the previous six months. The fees for Spyker’s proceedings were being financed by an unknown third party who will stake a claim on any settlement.

Anna Domanska
Anna Domanska is an Industry Leaders Magazine author possessing wide-range of knowledge for Business News. She is an avid reader and writer of Business and CEO Magazines and a rigorous follower of Business Leaders.
« Knight Capital Set to Ink $400 Million Deal
S&P lowers Greece outlook to negative »
Leave a Comment
Close

Experts believe that although EV stocks initially benefited from the optimism prevalent in the market, supply chain issues and high prices have put a dampener on demand for electri
19 hours ago