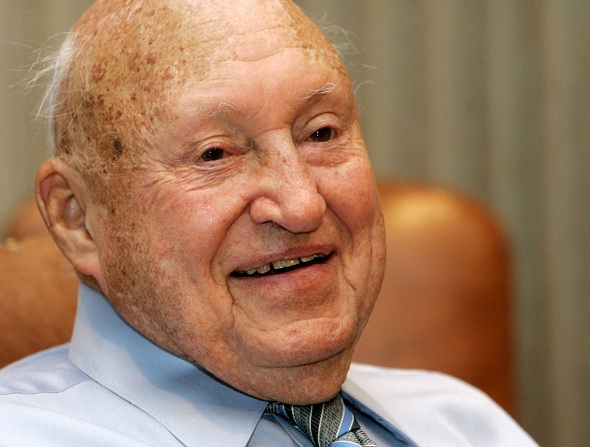 S. Truett Cathy, the founder of U.S. fast food chain Chick-fil-A that is not only notoriously famous for being closed on Sundays but also for the protests it drew on opposing same-sex marriage in recent years, died early Monday aged 93, the company said on its website.

Chick-fil-A spokesperson Mark Baldwin told The Associated Press that Cathy passed on at home in the presence of his loved ones. Funeral service arrangements had not yet been settled, he said.

Cathy opened his first diner in an Atlanta suburb in 1946 and by 1967 he had established and opened his first Chick-fil-An Inc. restaurant in Atlanta. Over following decades, the chain’s boneless chicken sandwich he is credited with concocting would push Chick-fil-A development to more than 1,800 outlets in 39 states and the country’s capital. By early 2013, the organization says on its site, yearly sales topped $5 billion as the chain presented a taste of the South in its product line that went past chicken to such offerings as sweet tea, biscuits and gravy.

Cathy was a religiously conservative individual and gained reputation for its Bible Belt recognition on Sunday – with none of its his outlets open on Sunday, allowing his employees a day of rest. The fast food chain often argued that it made enough money in six days as its rivals do in seven. His religious perspectives help him win a horde of loyal customers.

“If it took seven days to make a living with a restaurant,” he once said, “then we needed to be in some other line of work.” 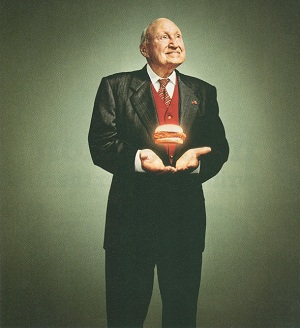 In 1984 he created the Winshape Foundation to help “shape winners” through youth support programs and scholarships.

The family-owned business has said it has had 46 successive years of positive sales trajectory. Cathy’s $6 billion fortune as the founder of Chick-fil-A puts him on the yearly Forbes magazine list of the wealthiest Americans in the nation. The organization has put his name on its site as its chairman after he left day-to-day operations to the younger generation.

“I feel confident they will make it work for the next generation,” said Cathy, 84 at the time. “I’m not going to be around forever.”

An opportunity in 1961 prompted the inception of the restaurant chain’s trademark chicken sandwich when an organization that cooked boneless, skinless chicken for airline meals needed to offer him pieces that were too enormous for the carrier client’s necessities. Cathy took those pieces and cooked them in a pressure cooker and served them in buttered buns. The sandwich was sold at independent restaurants for a couple of years before he opened his first Chick-fil-A restaurant at an Atlanta shopping center in 1967.

Cathy well also famous for his efforts to help youth. In 1984 he created the Winshape Foundation to help “shape winners” through youth support programs and scholarships. He likewise made a long term program for foster children that have foster care homes in Alabama, Georgia, Tennessee and Brazil. His feelings for the cause was exhibited in August 2008 when he worked out a deal with the parents of two young girls who were accused of causing $30,000 in damage to a home he owned in New Smyrna Beach, Florida. The young girls were banned from watching TV and playing video games. They were also made to write “I won’t vandalize other people’s property” 1,000 numbers of times. He told the Daytona Beach News-Journal that he did not want them to be prosecuted and be left with a criminal record.

As the writer of a several books, his 2007 book “How Did You Do It, Truett?” laid out his strategy for achievement that included setting priorities, being polite, carefully growing a business and not being troubled with debt.

“There’s really no secret for success,” he said then. “I hope it will open eyes for people. They don’t have to follow my recipe but this is what works for me.”

Christy Gren
Christy Gren is an Industry Specialist Reporter at Industry Leaders Magazine she enjoys writing about Unicorns, Silicon Valley, Startups, Business Leaders and Innovators. Her articles provide an insight about the Power Players in the field of Technology, Auto, Manufacturing, and F&B.
« Alibaba Plans to Ink History with the Biggest US IPO Ever!
Home Depot Data Breach Could Be Worse than Target »
Leave a Comment
Close