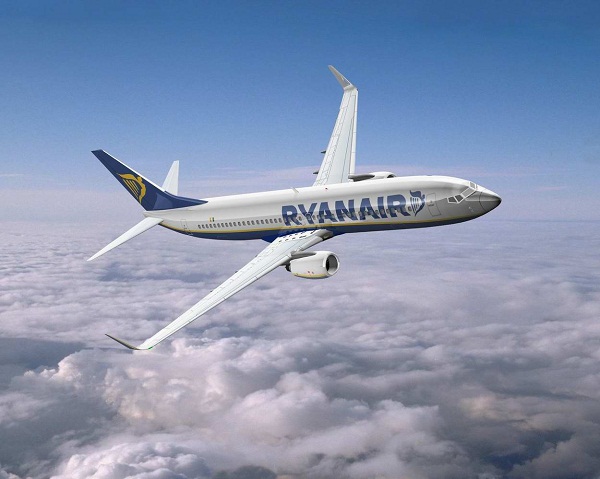 Michael O’Leary, the Chief Executive Officer of the Irish airline Ryanair, has confirmed that the company’s first-quarter profit  dropped 29 percent as fuel costs rose and an economic recession pared its ability to increase fares. Moreover the airline informed that fare increases would be restrained upcoming winter mainly because of ongoing eurozone crisis and spending cuts.

The Dublin-based Ryanair Holdings Plc (RYA), the European biggest discount airline, operated more than 1,500 flights a day across 28 countries, informed that first-quarter results dropped 29 percent. In addition, net income for three months ended on 30th June dropped as well to 98.8 million euros ($121 million) from 139.3 million euros a year earlier as 6 percent traffic increase combined with a 4% rise in average fares. Analysts had expected a profit of 106 million euros. Ryanair noted a 15 percent growth in ancillary sales, which includes baggage and administration fees, etc. Currently ancillary sales are valued at 22 percent of all revenues.

This year Ryanair expects to carry 79 million passengers. Between September and March the expected traffic growth is estimated at approximately 1 percent. Michael O’Leary, the airline’s chief executive reported: “Currently, we have no visibility of next winter’s yields but expect that continuing austerity, EU recession, and lower yields at new bases will [continue] to restrain fare growth.”

However, the sluggish economy of Europe means that it is more difficult for Ryanair to raise prices this year, especially after the company idled 80 aircrafts previous winter.

Some analysts are convinced that pricing may improve vaguely this quarter, which is said to be the busiest period of year, with fares up to 7 percent. Moreover the passenger number should increase up to 5 percent or 4 million to 79 million.

According to Howard Millar, the Ryanair’s CFO, the full-year fuel bill will be about 1.95 billion euros, up 320 million euros. The company is hedged at $94 a barrel on 50 percent of its requirement for the first half of fiscal 2014, compared to $100 this year.

Michael O’Leary, the Chief Executive Officer of Ryanair, stated: “Our outlook remains cautious for the year.”

Michael O’Leary explained the slow increase in fare income. The same factors, which are expected to hold back fares at the end of the year, were hailed by him. He stated: “Q1 yield increases were dampened by the EU wide recession, austerity measures, and heavily discounted fares at our new base launches in Cyprus, Denmark, Hungary, Poland, Provincial UK and Spain.”

Some time ago Michael O’Leary had announce the end of bargain-basement fares at Ryanair, if the slower passenger growth was offset by higher revenues per passenger. Then he stated: “We have to move away over the next number of years from being obsessed with having the lowest fares in the market.”

Moreover Millar confirmed that Ryanair had no plans of buying more plains at the price offered by Boeing Co., and adding that lots of aircrafts had been sold by the company to people with no money.