Ryanair, Europe’s biggest low-cost carrier, has reported a net loss of $369 million (306 million euros) for the quarter ending December. Ryanair forecasts this fiscal year to be “the most challenging” in its 35 year-history, as airlines grapple with pandemic-induced losses and further restrictions on air travel as new variants of COVID-19 make an appearance.

Year-on-year, the budget carrier experienced a -82% change in revenue, to $412 million (341 million euros) from $2.31 billion (1.91 billion euros), even if operating cost performance was stronger at -63% over the same timeframe, which Ryanair cites in part due to purchase of 75 additional B737-8200 Gamechanger aircraft which burn around 16% less fuel and improve capacity by 4%. 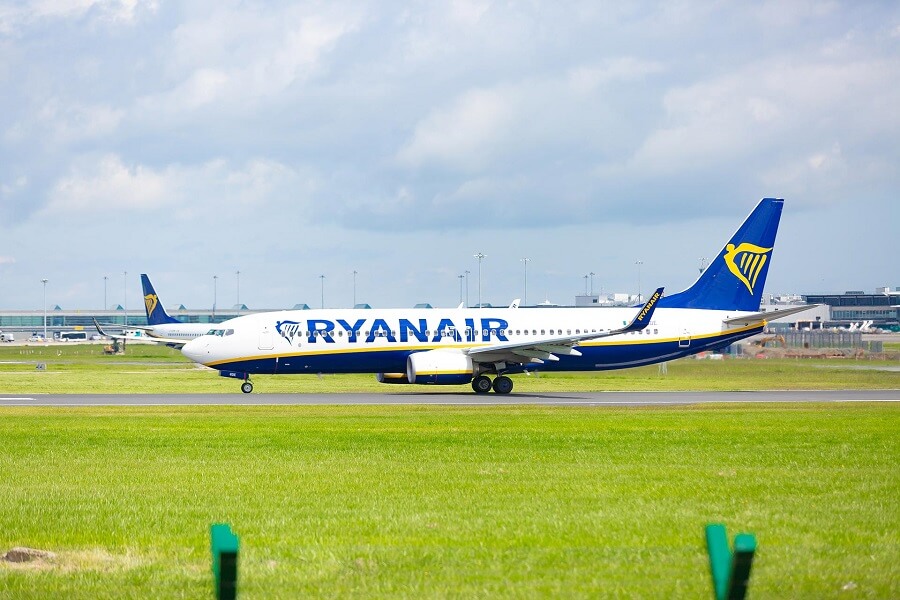 “Covid-19 continues to wreak havoc across the industry,” Ryanair said in a statement. It added that Christmas and New Year traffic “was severely impacted” by travel bans imposed on U.K. travelers in late December.

The arrival of a new variant of the coronavirus in the UK just before Christmas has led to travel and flight restrictions from the UK. This contributed to an 83% drop in traffic in the month of December for Ryanair.

The carrier “expects the latest lockdowns and pre-arrival COVID test requirement to materially reduce flight schedules and traffic through to Easter.”

Onset of winters along with the new fast-spreading variants has seen high-level lockdowns all across Europe as the population faced a steep surge in new infections. Governments are insisting on only essential travel for the time being. It is currently unclear when countries will start reopening their economies and go as far as encouraging travel abroad.

The European governments are in the process of vaccinating their populations, in the hope that it will help restrict the virus and allow the countries to limp back to some normalcy, including opening of travel routes.

Tough the vaccine rollout is facing some supply and red tape issues. The vaccinations are not happening as fast as expected.

“We take some comfort from the success of the U.K. vaccine programme, which is on target to vaccinate almost 50% of the U.K. population (30 million) by the end of March. The EU now needs to step up the slow pace of its rollout programme to match the U.K.’s performance,” Ryanair said on Monday.

Ryanair shares are down about 12% since the start of the year.

“Vaccination is the way out of this COVID crisis, not these failed lockdowns,” Ryanair boss Michael O’Leary said. He added that the airline will not be asking passengers for proof that they have been vaccinated.

O’Leary is confident the recovery will accelerate from the second half of the summer after vaccinations reach a major part of the population, and that from the autumn Ryanair could be flying at between 70 and 90 percent of normal levels.

“While the headline numbers on losses look worse than forecast, the market will be comforted that this has not compromised the strength of the balance sheet, nor the ability of the company to position itself to take market share in the expected recovery this summer,” Mark Simpson, aviation analyst at Goodbody said.

Anna Domanska
Anna Domanska is an Industry Leaders Magazine author possessing wide-range of knowledge for Business News. She is an avid reader and writer of Business and CEO Magazines and a rigorous follower of Business Leaders.
« Silver rallies as it sees fresh interest from WallStreetBets
General Motors to stop all gasoline vehicles production by 2040 »
Leave a Comment
Close