Rupert Murdoch to Shutdown News of the World tabloid 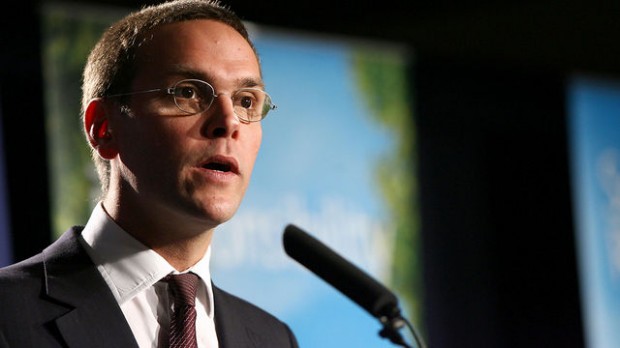 James Murdoch_Rupert Murdoch to Shutdown News of the World tabloid

Rupert Murdoch, a man of formidable political significance and networks, with a supposedly huge influence over bringing to power and dethroning governments, is probably tackling the biggest crisis of his long, super-successful career.

News of the World, a 168-year old tabloid that Murdoch acquired in 1969 as part of his expansion into Britain, will publish its last issue on Sunday, News Corp. announced yesterday.

The decision to shut down the tabloid follows accusations regarding phone hacks and bribery charges against the tabloid’s journalists.

Rupert Murdoch, has in the past, been credited with tremendous political clout; particular examples being when the Labour Government came to power in 1997, and then again when the Conservatives took over in 2010.

The scandal that has unfolded exposes the intricate networks that had been formed over time between the Murdoch empire, political authorities and the law enforcement workers.

The saga started unfolding after accusations that investigators working for the News of the World tabloid had probably broken into the voicemail of a 13-year old girl, Milly Dowler, who was abducted in 2002, and had deleted some messages to create space for more in a move that confused police investigators at the time. Milly Dowler was later found murdered.

There are also reported accusations regarding similar phone hacking incidents with relatives of soldiers killed in Iraq and Afghanistan.

Scotland Yard has reportedly substantiated the list of possible phone hack victims further, saying that the notes retrieved the private investigator who was hired for the phone hacks by The News of the World has revealed names and telephone numbers of as many as 4,000 people as potential hacking targets.

Rebekah Brooks, who was editor of the tabloid in 2002 when the Milly Dowler phone hacks took place, now CEO of News International, News Corp.’s U.K. publishing unit, has been asked to resign, given the gravity of these charges. Ed Miliband, leader of the Labour Party, told BBC that Rebekah Brooks’ resignations would be the one strong indication that News Corp. was taking responsibility for its actions.

“Some people are losing their jobs, but one person who is keeping her job is the person who was editor of The News of the World at the time of the Milly Dowler episode,” he said.

The other charges concern possible briberies that took place when Andy Coulson was editor of The News of the World, with records released by News International citing that the newspaper paid about $160,000 to some junior police officers during these periods.

According to the Guardian newspaper, Coulson has been informed by police that he will be arrested today over suspicions he knew about, or had direct involvement in, the hacking of mobile phones during his editorship.

The decision to close down Britain’s free-spending tabloid with the largest circulation, estimated at somewhere around 2.7 million earlier this year was announced by apparent heir to the Murdoch empire, Rupert Murdoch’s son, James Murdoch.

But while James announced the shutdown of the tabloid, saying that the paper’s proud 168-year history had been “sullied by behavior that was wrong (and)… indeed, if recent allegations are true, it was inhuman and has no place in our Company”, there is already considerable speculation in the market that The News of the World is likely to be reconstituted in some form.

While some believe that Murdoch declared the shutdown to hopefully preserve a more lucrative deal – News Corporation’s proposed $12 billion takeover of satellite company British Sky Broadcasting (BSkyB) – that is awaiting government approval, others believe that the entire saga might just end up being a rebranding exercise for the tabloid. Still more speculation says that the circulation of The Sun, also run by the Murdoch group, would be upped once the News of the World tabloid is shut down.

A revenue of $32.8 billion, and a net income of $2.54 billion, was reported by News Corp. for the year that ended June 27, 2010. Compared to these figures, News Group Newspapers Ltd., the unit within News International, comprising the News of the World tabloid and The Sun newspaper, reported an operating profit of around $29 million over the same period.