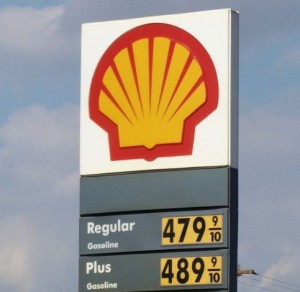 Anglo-Dutch multinational Shell is one of world’s largest oil producers, whose market capitalization is $202-billion.

According to reports, Royal Dutch Shell PLC is in advanced talks to acquire British gas producer BG Group PLC, which has a market value of £47 billion.

Indicative of the adverse impact of the dwindling energy prices, this could be the largest energy deal this year and also the first big merger between energy companies in a decade. If the deal reaches fruition, it will create a super group worth £224 billion in combined value.

Confirming the report Tuesday, BG said in a statement that it was in advanced discussions regarding a possible offer by Shell and that there is no certainty an offer will ultimately be forthcoming. The British company said it was awaiting a firm offer from Shell or announce that it does not aspire to make an offer by May 5, 2015.

BG Group, which is UK’s third largest energy company, emerged from the break-up of British Gas in 1997. British Gas demerged into two separate companies, BG Group and Centrica. While Centrica took control of the UK retail business of the former British Gas, BG Group took charge of exploration and production. The British company currently employs nearly 5,200 people in 24 countries. Based on Tuesday’s closing price of its shares in London, the deal is expected to be worth over $50 billion given the typical takeover premium.

Anglo-Dutch multinational Shell is one of world’s largest oil producers, whose market capitalization is $202-billion. In addition to being a major oil producer, Shell is also among the world’s largest natural-gas companies with an output of more than three trillion cubic feet last year, even though that represented a 4 percent drop from the year before and was the lowest in at least 17 years.

Shell’s reserves, a metric that investors monitor to determine future growth outlook, have also plummeted in two of the past three years. While BG in contrast, amplified its reserves in six of the past seven years. As of Dec. 31, its reserves were 78 percent gas, compared with 47 percent for Shell.

Plunging oil prices have taken a toll on large oil producers like Shell. In January, the company said it would limit its planned capital spending over the next three years by $15 billion owing to growing uncertainty over the impact of lower oil prices.
If the deal goes through, Shell could get access to the British company’s significant undeveloped gas resources in East Africa, its highly prized offshore Brazilian oil assets and a massive liquefied natural gas project in Australia that is coming up this year.

Google has been at odds with the Australian Government since the latter proposed the ‘world first’ law to make tech companies pay publis...
10 mins ago

The Federal Communications Commission rejected by a vote of 3-2 on Tuesday to freeze the rollout of Ligado Networks’ nationwide mobile bro...
22 hours ago

The crude oil prices showed an upswing with Brentwood going up to $56.08 a barrel and the US West Texas Intermediate crude oil selling at $5...
22 hours ago

Apple Inc.’s much-coveted Apple Car could be produced by Kia Corp. at the latter’s manufacturing facility in the United States. The Sout...
23 hours ago