Royal Dutch Shell announced the commencement of share buybacks worth around 2 billion dollars to shareholders before the end of the year. The move is expected to make amends with investors for last year’s historic dividend cut by boosting returns. The Anglo-Dutch giant also increased its dividend from 16 cents to 24 cents.

Shell shares soared on Thursday as it reported half-year results.

Royal Dutch Shell buybacks come around a year after the oil giant said it would reduce its first quarter dividend to 16 cents per share, a 66% cut. The decision highlights how the Covid-19 fueled collapse in oil process and demand upended the trillion-dollar oil and gas industry. Leaders like Shell resorted to cutting capital spending until the macroeconomic and commodity price outlook seemed to improve in the months ahead.

We are stepping up our shareholder distributions today, increasing dividends and starting share buybacks, while we continue to invest for the future of energy.

The decision to announce Shell share buybacks comes at a time when the oil and gas industry is getting stronger thanks to a solid recovery in energy demand and rising oil prices.

The oil major will raise total distributions to shareholders to 20%-30% of cash flow from its operations, starting at the second-quarter results on July 29. 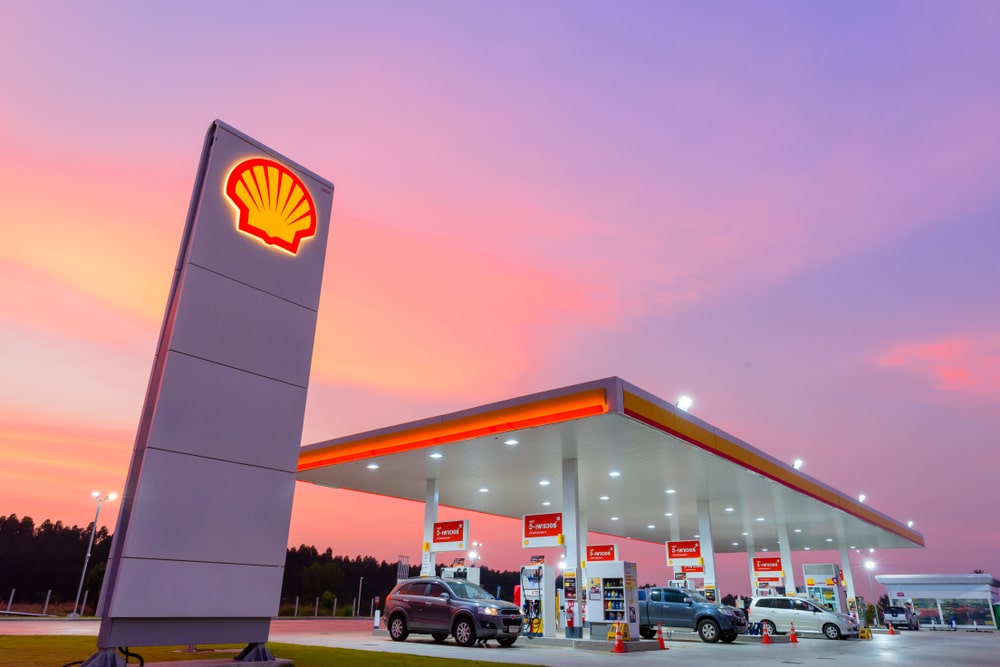 According to JPMorgan Chase & Co., Shell is expected to repurchase about $500 million of shares in Q3 2021. This is if oil prices remain north of $75 a barrel. The American multinational investment bank didn’t specify whether the increased would take the form of Shell dividends or buybacks.

The economic recovery from the pandemic has transformed the fortunes of oil industry leaders. U.S. crude futures hit a six-year high close to $77 a barrel on Wednesday, driven by rising demand and constrained supply. This has given Royal Dutch Shell a unique opportunity to attract investors after cutting its dividend by two thirds in 2020. The oil giant has promised growing dividends, a stronger balance sheet and a rosy plan to transform itself for a clean-energy future.

The Shell buyback program was welcomed by investors who sent the company’s stock up on Thursday. However, the dividend is still far from the 47 cents level it was cut in 2020.

Royal Dutch Shell’s earnings reached a little north of 5.5 billion during the second quarter of the fiscal year. The figure is more than eight times last year’s levels.

Christy Gren
Christy Gren is an Industry Specialist Reporter at Industry Leaders Magazine she enjoys writing about Unicorns, Silicon Valley, Startups, Business Leaders and Innovators. Her articles provide an insight about the Power Players in the field of Technology, Auto, Manufacturing, and F&B.
« Citizens Financial to acquire Investors Bancorp in $3.5 billion NYC push
Audi A6 E-tron Production Launch in 2023 »
Leave a Comment
Close