Romney attempts to focus on US economy more than tax returns 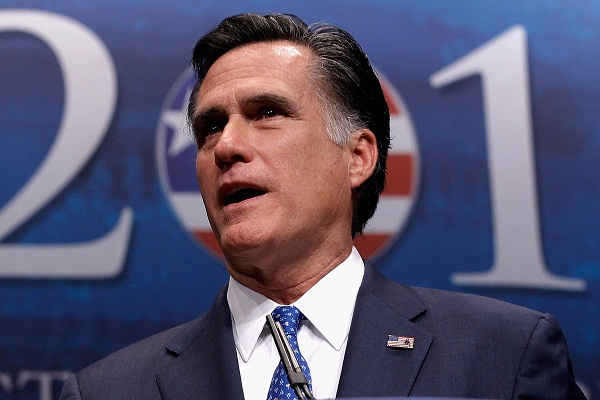 Mitt Romney, the republican candidate in the 2012 presidential elections in the U.S., blamed President Barack Obama of demonizing business success, as he himself attempted to avoid questions about his personal finances that could be a possible threat to his presidential campaign.

The nip and tuck campaign

A poll, published on Wednesday evening, showed that both candidates in the presidential election are going neck to neck according to the data. The republican contender for president of the U.S. leads by only 1 percent despite the bad press. But as the saying goes: “There is no such thing as bad publicity.” As one of Romney’s officials said it is clear that electors do not pay much attention to any allegations regarding Romney, because they consider them as distractions to main subject – economy. As Romney’s adviser put it: “The economy is a great riptide that is taking Obama out to sea. And they’re going around pouring sand all over the beach, but they’re not teaching him how to swim.”, later adding:  “Until they start talking about what this race is about, its all chaff.”

The Wednesday survey showed that the republican interpretation of the voters’ mood can be partly supported by the data. According to it, to 54 percent of people, who took part in the survey, the economy and jobs were “extremely” important, sic! Respectively, to 46 percent it was health care and to 43 percent the federal budget.

More important, the same poll showed that the current economic situation is not favoring Barack Obama. And even continuous attacks on Romney, which took place the past week, did not help Obama’s caucus at all. Furthermore, people are getting more tired with all the fuss, so that their judgments on how Obama handles the economic situation have deteriorated since April. According to data, the approval rate dropped from 44 percent to 39 percent, at the same time the disapproval rate gained 7 percent; it rose from 48 percent to 55 percent. Moreover, the survey also acknowledged that people, who took part in the poll, believed that Romney would handle better the economy and jobs, accordingly, 49 percent of surveyed people were positive to 41 percent negative.

Continuous broadsides on Romney did have no positive effect on the Barack Obama’s image. What is more, weeks of those attacks by Obama about Romney’s taxes and business past are restraining voters form focusing on how the current administration handles the economy. Romney commented the current situation, by saying: “This idea of criticizing and attacking success, of demonizing those in all walks of life who have been successful is so foreign to us we simply don’t understand it.”

Some Republicans claim that tax allegations and the lack of answer regarding them may cause some problems for Romney. They believed that he could be defined in a negative way which may become an obstacle in the last months of the presidential campaign. Accordingly, Dick Durbin, the democratic senator, said: “We shouldn’t have a political system where a candidate can claim to champion working people, while that same person is secretly betting against America through tax avoidance and tax haven abuse.” But Romney has one answer for that kind of allegation, underlying that he is a strong businessman with an experience in job creation and a former successful governor.

Up to now Romney has so not released all of financial information, despite calls, requests or even threats from both political sides, Democrats and Republicans. That is the reason why The Democratic National Committee accused Romney of not being honest. But for the most voters the issue of not releasing the tax information by Romney is not a problem.