Rolls Royce raised 2 billion pounds in a rights issue and plans to raise 5 billion more through bonds and loans in a bid to ride over losses.

Rolls Royce, the British engineering company, raised 2 billion pounds ($2.6 billion) from a rights issue on Thursday, selling 94% of the shares it put out. The company was struggling to keep its head out above financial waters due to the Pandemic drying up business.

Airlines pay Rolls-Royce based on how many hours its engines fly, so the company’s finances were under pressure as travel time has drastically reduced all over the world due to the Covid-19 pandemic.

“The single resolution is passed overwhelmingly,” chairman Ian Davis told an online meeting about the approval of the board on the rights issue.

Rolls Royce Rights Issue: Everything you need to know

Under the terms of Rolls Royce’s rights issue, investors can buy 10 new shares for every three they own at 32 pence each, a 41% discount to the theoretical ex-rights price. The equity issue will allow the company to explore new debt options and raise a much needed 5 billion liquidity package through a 2 billion bond and a 1 billion loan from banks. 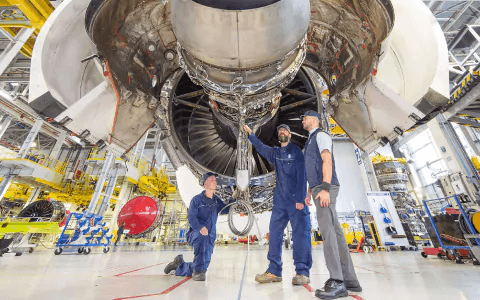 The Rolls-Royce Trent engine, housing ALECSys technology that will be used for the Sustainable Aviation Fuel tests.

The new liquidity package will allow the company to ride out the Pandemic-induced financial crisis. Rolls Royce has also adopted some cost-cutting measures, which the company says has saved it 1.3 billion pounds. Other measures involved letting go of nearly 9000 personnel and cutting down on factory production as orders for its engines that run Boeing 787s and Airbus 350s have almost dried up for the season.

CEO Warren East had said in October when plans for a rights issue were disclosed that securing the new shareholder funds and extra debt would take “any liquidity questions off the table through this crisis”.

East told the meeting on Tuesday that the company had been right to go ahead with the equity raise this year instead of waiting.

“We didn’t want to put the business and our shareholders’ interests at risk by gambling on what the situation might look like in the middle of next year,” East said.

Thought the rights issue saw an overwhelming response as Rolls Royce is a most respected company, but surprisingly 6% of the new shares were initially left on the shelf finding no takers.

The company said in a statement that 10 underwriting banks, including Citigroup, Goldman Sachs and Morgan Stanley had successfully procured subscribers for the rest of the shares, reports Reuters.

The 6% shares were sold in a rump and went at 90 percent per share, revealed the company. Shares in the company traded down 8% at 90 pence too.

The news of the success of a new vaccine led to a massive rally in the shares as with all the other, but they closed down at a lower rate later. Rolls Royce shares have lost 61% of their value in the year to date.