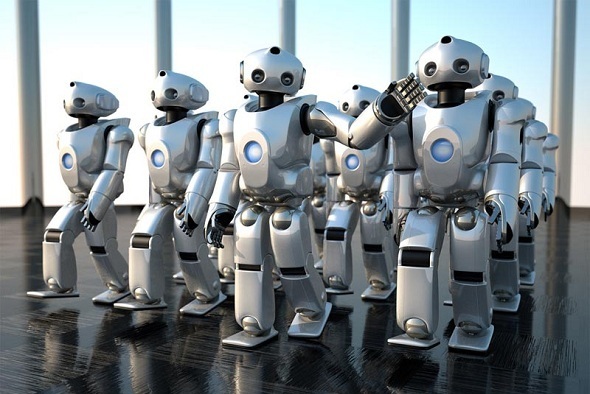 Experts deem that robots may become a regular part of human life, taking over jobs, workplaces and homes. Occupations which could soon be taken over by robots take account of taking care of elderly and disable, and additionally routine tasks, for example, walking dogs, and driving, running errands. While it may sound a little scary, the good news is that evolving technology could open up new fields, at a much faster rate compared to last decade and create newer jobs for humans. Imagining the Internet group from Elon University and Pew Research Center, researchers surveyed over 1,800 scholars and roboticists and artificial intelligence analysts to measure their opinion on the growing effect of robots in jobs market. The groups of individuals were then separated between those who believed that the robots may create more jobs that take away, and those who believed otherwise. The report warns that loss of both blue-collar and white-collar jobs will result into a substantial increase in income gap between classes. An astounding 48% of respondents believe that unemployed individuals unable to getting employments could prompt a widespread civil unrest. According to the report, history has always proved that new innovations and technologies have replaced occupations while creating a bigger job market. Nonetheless, that group warns that robotics may be a different issue this time in cutting down skilled workers from their jobs. “Automation has thus far impacted mostly blue-collar employment; the coming wave of innovation threatens to upend white-collar work as well. Certain highly-skilled workers will succeed wildly in this new environment – but far more may be displaced into lower-paying service industry jobs at best, or permanent unemployment at worst,” the report states. 52% of respondents, were glued to the opinion that a dominance of robots in the coming decade will result into lower unemployment’s, since individuals may take supervisory jobs, designing jobs, as well as those jobs where they have to maintain and look after mechanical and electronic devices. “The effects will be different in different economies (which themselves may look different from today’s political boundaries). Driven by revolutions in education and in technology, the very nature of work will have changed radically – but only in economies that have chosen to invest in education, technology, and related infrastructure,” JP Rangaswami, chief scientist for Salesforce.com, stated in a press release. Let us hope that the robotic age results into a rise productivity, thereby freeing labor intensive tasks, so that humans can focus on creative, problem-solving tasks.