Japanese Humanoid Industry is progressing faster than you may have thought 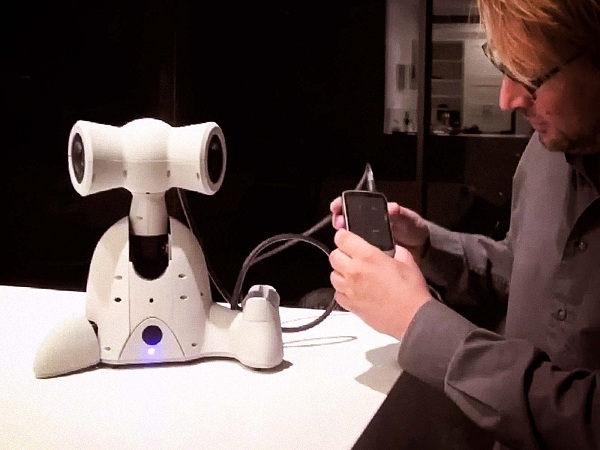 Guy Hoffman with his Robot

Humans are biological machines with neurons carrying information, memories, and emotions. When an infant is born, there are billions of nerves and nerve connections. Every day the infant is exposed to a ten different repetitive situations through which these neural connections are strengthened. The key mechanism of motor neurons lies in evolution, in human development by – learning, improving, recovering, embellishing performance and reaching a deeper understanding of brain-body interface. Could we implement the same on robotic and artificial agents that have binaries instead of neurons?

Meet Guy Hoffman, a roboticist who believes that although we have partially understood the traditional notion of learning in humans, we have been ignorant into applying it in artificial intelligence. Co-director of the IDC Media Invention Lab, Guy Hoffman researches robots with soul.

During his early doctoral work at the MIT Media Lab Hoffman explored the fluency of joint activities between human and robots, human-robot teamwork and collaboration and designing non-anthropomorphic models for embodiment for cognition in robots.

Hoffman tested the human paradigm of learning through repetition of physical practice to anticipate human activities in robot and thus increasingly coordinate its actions with those of a human partner. He implemented and tested the archetype on two robots including a robotic desk lamp which he had constructed through these experiments. His is currently doing research work at Georgia Institute of Technology exploring the notion in context of a human-robot musical performance by designing a robot that practices with a human musician to achieve rehearsed behavior.

Hoffman adopted an interdisciplinary approach as he took acting classes to learn more about how emotions are expressed through movement. Apart from his love for humanoid, he also has a knack for jazz music. During TEDxJaffa, Hoffman showed a demo film of his talented robot family – including two musical bots that like to jam with humans. His robot AUR won the IEEE International Robot Design Competition. During the World Expo Digital Water Pavilion, he was an animation and software lead.

The roboticist is keen to explore the humanity of robots as they interact with humans. He believes that robotic technology has reached maturity and commercial availability of such inventions could impact psychology, human-machine interfaces, education, medicine, art and beyond and elucidate humanity.

Hoffman’s ingenious work has been named as TIME Magazine’s Best Inventions of the Year. He was also listed as top five one of Israel’s most promising researches under 40 in 2010 and 2012. He was a long-time technology columnist for Haaretz. Currently Hoffman also serves as an Assistant Professor at IDC Herzliya in Israel.