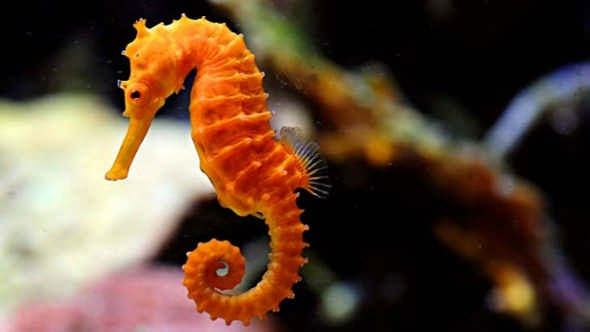 The 3D-print seahorses absorbed huge amounts of impact, with researchers discovering that the tail is surrounded, and protected by bony plates, which gives support to sit in surroundings.

With the invention of 3D printer, almost everything including food, organ, and now it is animals that are printed in 3-D form. Recently, a new study, robot researcher invented a 3D-printed seahorse model to examine its tail flexibility.

Seahorses have a unique bony structure, compared to other animals having a cylindrical or circular cross-section structure. But, a seahorse tail is formed of square prism, where its each segment is protected by bony plates, and is interconnected by joints. Seahorses are typically known for having particularly flexible tails, which allow them to float and swim smoothly in the water, while holding up, when their tails are being crushed.

Robot researchers got inspired from the square bone plates, which sit around the seashore. They developed a 3D-Printed Seahorse model – a square prism design of a seahorse’s tail. Along with this, researchers also developed a hypothetical cylindrical version for comparison purpose.

After, developing the 3D-Print seahorses, the researchers have then subjected them to go through various tests, where their study showed how their tails bend, flex, and twist around that gives seahorses a firm grip to balance. The 3D-print seahorses absorbed huge amounts of impact, with researchers discovering that the tail is surrounded, and protected by bony plates, which gives support to sit in surroundings.

By using these observations from the printed seahorses, the researchers have learned that it can be used to better equip robots to better survive the elements. Co-author Ross Hatton’s study stated that human engineers tend to develop things, which are stiff; so they can be controlled easily. But, nature elements make things robust enough, which are then unbreakable, and flexible enough to do a series of tasks. This is the reason, why researchers can learn a lot from animals, which will inspire the next-gen of robotics.

The research team believes that this new invention can be used in a stream of areas like robotic surgery, industrial use, as well as for research and rescue missions. Researchers explained that one of their possible innovations could be a snake robot, which could navigate around obstacles and rubbles, and contract itself to fit into smaller spaces.

Christy Gren
Christy Gren is an Industry Specialist Reporter at Industry Leaders Magazine she enjoys writing about Unicorns, Silicon Valley, Startups, Business Leaders and Innovators. Her articles provide an insight about the Power Players in the field of Technology, Auto, Manufacturing, and F&B.
« Declining Economy of China Puts a Big Question Mark on Industries
SunEdison – TerraForm Power to Acquire Invenergy’ Wind Farms in the US »
Leave a Comment
Close