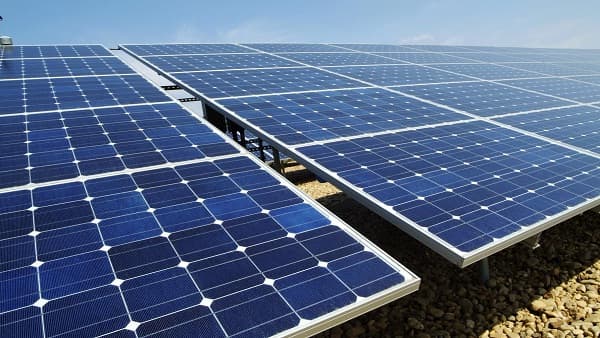 The wraith of the EU – China solar panel trade war is nearing as the European Commission decided to impose provisional tariffs on Chinese solar panels as the institution seeks ways to protect the Europe-based industry. For an answer from China, the EC did not have to wait long as the Chinese government underlined that it would not allow anyone or anything to harm its solar companies. Therefore it seems that a trade war between China and the European Commission might be knocking at the door.

As China’s solar panels are actually pouring in, different countries and organizations articulate their concerns over the safety of their own solar panel industries. The US government has already introduced almost exorbitant import tariffs on solar panels from China in a step aimed at cooling down its own manufacturers who were continually voicing their concerns over cheap rivals. And it seems that the European Union will move in a similar direction as the European Commission is said to have made a decision to implement a staggering 47 percent import tax on solar panels from China.

The European Commission, which safeguards the rule of free trade, has underlined that the Chinese practices of subsidies to solar panel companies are indeed unfair, thereby posing a threat to fair and just competition.

According to sources familiar with the matter, EU commissioners finally decided to support the recommendation which was presented by EU Trade Chief Karel De Gucht. Under the terms of the aforementioned proposition, the provisional tariffs should be levied by the 6th of June.

It seems then that the EC will not travel along its known and careful path despite the fact that the investigation into solar panels from China will not end in the near future. The fact is that the European Union should be much careful when it comes to any issues with China which is its main trading partner and maybe  a would-be knight in shining armor as the Asian dragon is simply strong enough to help the 27-state organization to get out of its economic problems.

On the 15th of May when trade officials from all state-members are due to meet, the decision will be presented to them and the proposition is widely expected to be supported by them,  according to sources familiar with the matter. However, it is worth underlining that their position is non-binding in this case as the decision on implementing provisional tariffs will come into effect as soon as the European Commission issues it in the Official Journal. Furthermore, if the European Commission comes to a conclusion that China has not modified its approach, the provisional tariffs might be implemented for the next five years and that would not have a positive impact on the EU – China relations, no doubt about that.

More important, it seems more than certain that the provisional tariffs will indeed be implemented before the investigation ends as the European Commission holds an opinion that solar panels from China indeed harm and  simply place European manufacturers at a great disadvantage, making them less competitive.

China, without a doubt, does not want the aggravation of the situation; hence the China’s Ministry of Commerce  China on the 9th of May suggested further talks. As China is a significant player, Yao Jian, spokesperson for the Ministry of Commerce, underlined: “We don’t want to see a trade war between the two sides and we hope the EU can cautiously make the ruling decision on China’s solar panel products, “ adding that the government would not let Chinese companies suffered from these measures.

Interestingly, some EU-based producers do not want the EC to implement the provisional tariffs, arguing that they would only introduce the “dangerous protectionism.”  Moreover, they believe that this step would pose a threat to pains and attempts aimed at developing clean energy.

Anna Domanska
Anna Domanska is an Industry Leaders Magazine author possessing wide-range of knowledge for Business News. She is an avid reader and writer of Business and CEO Magazines and a rigorous follower of Business Leaders.
« IMF criticizes Osbornomics for “lost decade of growth”
Annan group says Congo lost $1.4bn on sales of mine sales »
Leave a Comment
Close