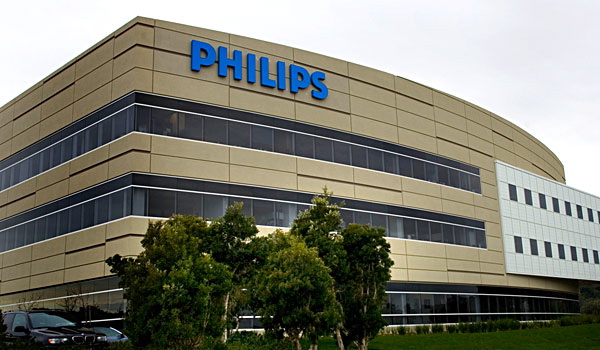 Philips Electronics was forced to increase its target of cutting costs up to $1.4 billion or 1.1 billion euros. The company issued a statement that it has opted to cut a further 2,200 work positions while it struggles to cope with the miserable state of the economy and the costs involved with pensions.

Extent of the Layoffs

The international group which had earlier set a target of about 800 million euros in cost savings, stated their new plan this Tuesday, a few days prior to a shareholder event which will be hosted in London. The company had previously announced Philips jobs cuts the year before, amounting to almost 4,500. The present Philips job cuts are aimed to save the company an overall amount of $383 million or 300 million euro every year.

Frans van Houten, the Chief Executive of Royal Philips Electronics NV, has claimed that by identifying the extra overhead cost reduction means needed to be adopted by the company, they have the opportunity to lessen the effects of the headwinds from the macro-economic sector while modifying the accounting in pension costs. The process is also expected to make the company more agile by providing impetus to innovation which will allow them to serve their esteemed consumers more efficiently all over the world. CEO Van Houten claimed that the losses in jobs were highly regrettable. The Philips job cuts will mostly affect the lighting and health care sectors of the company.

Philips Electronics happens to be the largest consumer electronics manufacturer in all of Europe. It is also famous as the largest lighting maker in the world as well as a maker of hospital equipment, ranking in the top three. The company filed a few reports back in the month of July which suggested that it had managed to make bumper earnings during the second quarter of the year. Investors were satisfied with the outcome and believed that the sudden overhaul of the business, initiated by CEO Van Houten a little over a year ago, was beginning to reap good results.

During the very first year of his tenure right at the top, CEO Van Houten began overhauling the group where he had been an employee for the better part of his life. He put in a lot of effort to try and change the culture present in the corporate setting which he believed was not as entrepreneurial as it should have been. His first year acting as CEO was spent in issuing two separate profit warnings, rearranging economic targets, axing thousands of job positions, substituting the whole of his executive team, and gradually split off the TV business which was inducing considerable losses.

Following two whole quarters of unexpectedly positive results, CEO Van Houten stated in July that the company was then going into sustainable recovery mode though he warned that he would not rule out employing alternative means to cut costs right at this moment like in case of the current Philips job cuts.

As per expectations, Philips Electronics did not offer an in-depth outlook for the rest of the year on Tuesday. However, the company did confirm that it was ready to meet its earlier guidance in order to boost sales ranging between 4 to 6 percent in the following year. The company seems to be eyeing EBITA margins of 10 to 12 percent including a return of 12 to 14 percent on the amount of capital used up in the venture.

Jay Raol
« Infosys to acquire Lodestone for $350m
Ford board is ready for Mulally’s retirement; Fields a probable successor »
Leave a Comment
Close

A healthy level of autonomy equips people with the ability to shape their environment. Pfizer’s Dare to Try initiative is a good example of how to create an innovative culture in
4 hours ago

The patent uses the word “moisture event” that can mean anything from a slight wetness to having the device completely immersed in liquid.
4 hours ago

Equivalent of 400,000 electric car batteries, the Swiss water battery is going to bring in stability in a great deal in terms of energy resources. The 900 MW ‘water battery’ wh
14 hours ago

With stocks crashing and inflation rising, the crypto crisis has turned acute, showing us that it is connected to the overall market. Analysts predict that the downturn will contin
14 hours ago