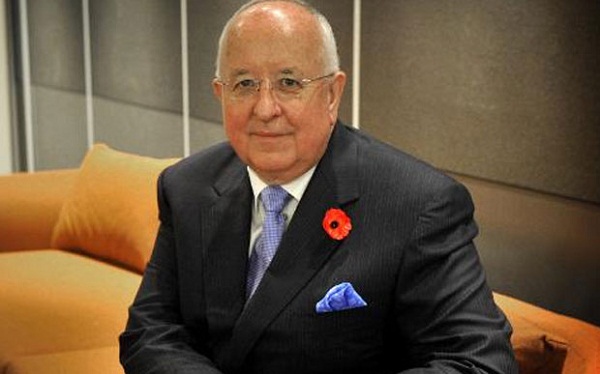 New Rio Tinto CEO Sam Walsh is gearing up to cut costs as the world’s second largest mining company has just informed that it posted a $3 billion full-year loss. The loss was mainly driven by massive write-downs on the value of aluminum and coal businesses, which led to the resignation of Tom Albanese from a position of chief executive officer on the 17th of January.

On the 14th of February, Rio Tinto Plc informed that it recorded a net loss of $3 billion in the fiscal year ended December 2012, compared to a profit of about $5.8 billion a year earlier. The loss was mainly driven by write-downs on the value of the $38 billion acquisition of Alcan Inc. and $4 billion takeover of Mozambique coal producer Riversdale Mining Ltd.

However, the world’s second largest mining company reported underlying earnings of approximately $9.3 billion in 2012, topping analysts’ expectations of around $9.1 billion. Yet the results were significantly down from around $15.5 billion recorded in 2011.

As it was underlined by Rio Tinto Plc, iron ore was in the lead bringing $9.2 billion in net earnings, while copper delivered around $1.1 billion. Data showed that diamonds and other minerals brought about $120 million, while aluminum just $3 million. Yet several analysts note that the results of the world’s second largest mining company were good enough.

Sam Walsh, the former head of the iron ore division of the company, replaced Tom Albanese as chief executive officer at Rio Tinto Plc. The replacement took place after the world’ second mining company was forced to write off billions of dollars in the value of its assets. Of course write-downs were not only introduced by Rio Tinto Plc as other miners decided to take similar steps as they witnessed slowing demand, rising costs and decreasing prices.

As some regard Sam Walsh as a savior of the troubled company, others are strongly convinced that he would be some kind of interim until a new individual emerges in the company’s structure. Analysts strongly believe that he will not introduce any revolutionary change. Yet there are some big challenges ahead of 63-year-old Sam Walsh. For example, New Rio Tinto CEO Walsh will have to decide about the future of aluminium and diamond businesses. He is also expected to find new sources of company’s profits which are mainly driven by iron ore business.

Everything indicates that new Rio Tinto CEO will focus on cutting costs as it has been already announced that the company plans to slice more than $5 billion in costs by 2014. And one thing is unquestionable that Sam Welsh is good at reducing costs due to his nine-year experience in leading Rio Tinto’s iron business as he cut costs and secured stakes in high quality deposits. His outlined his ambitious plans by underlining: “We are targeting cumulative cash cost savings of more than $US5 billion to be achieved over the next two years, equivalent to an annual run rate of $US3 billion by 2014, assuming stable market and operating conditions, with significant additional cash savings in sustaining capital expenditure and exploration and evaluation spend.”