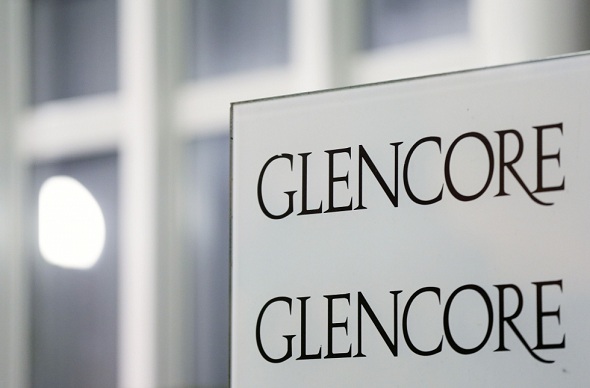 The Glencore-Rio Tinto merger could have created the world’s largest publicly listed miner with a market value of $160 billion.

Anglo-Australian mining group Rio Tinto in a statement on Monday announced that it has rejected a takeover bid from rival firm Glencore, citing it was “not in best interests” of its shareholders.

The merger could have created the world’s largest publicly listed miner standing at $160 billion.

“The Rio Tinto board, after consultation with its financial and legal advisers, concluded unanimously that a combination was not in the best interests of Rio Tinto’s shareholders,” Rio Tinto said in a statement to the Australian stock exchange.

Glencore made a takeover bid in July, which was unanimously rejected by Rio Tinto’s board. After being rejected by the board Glencore has now tapped Rio’s biggest investor Chinalco (Aluminum Corp. of China), to seek its interest in a potential deal in the following year, as per individuals acquainted with the matter. Chinalco, a state-owned entity, holds a 13 percent stake in Rio.

Rio’s chairman, Jan du Plessis, said the company had “made significant progress in refocusing and strengthening its business”.

“The board believes that the continued successful execution of Rio Tinto’s strategy will allow Rio Tinto to increase free cash flow significantly in the near term and materially increase returns to shareholders,” he added.

Glencore CEO Ivan Glasenberg had earlier stated that by acquiring Rio Tinto, it would create a mining company with a market value of more than $160 billion, overtaking BHP Billiton Ltd. It likewise would be the biggest mining deal, topping Rio’s acquisition of Alcan Inc. for $38 billion in 2008.

“Next year provided potentially the best opportunity for such a move, but today’s news should put a relative floor under Rio’s shares, preventing an opportunistic bid,” said Ben Davis and Richard Knights, analysts at Liberum Capital Ltd. in London.

Regardless of the July acquisition bid, no further discussions are under way between the two companies, no official offer has been made, and furthermore none is likely before the end of 2014, and Glencore could rule against an offer, individuals familiar with the matter revealed.

“With falling commodity prices and falling share prices deals like this are going to get mooted more and more,” said Evan Lucas, a markets strategist in Melbourne at IG Ltd., calling a potential merger “regulatory nightmare”.

Glencore sees Chinalco as possibly backing the deal after the Chinese state-owned company failed to secure to board seat at Rio and has seen little development on a joint iron-ore venture in Guinea, one of the individuals said. Glencore is additionally seeking views of other Rio investors, and exploring tactical, financial and regulatory obstacles that may come underway once the deal receives a nod, sources revealed.

Last year, Glencore bought rival Xstrate in a $29 billion all-share takeover, to add coal, copper nickel and zinc mines to its suite of commodities. It has recently expressed interest in a potential merger with Rio Tinto, mainly because of its low-cost, high quality iron ore. Iron ore would thus fill a gap in its trading empire.

Industry experts and bankers see a major obstacle to the merger – Rio Tinto shareholders looking for a rich premium, China would most probably force the merged entity to sell some copper and coal assets, as well as the clashes that would arise from Rio’s old-fashioned DNA contradicting with Glencore’s dynamically entrepreneurial nature.

Anna Domanska
Anna Domanska is an Industry Leaders Magazine author possessing wide-range of knowledge for Business News. She is an avid reader and writer of Business and CEO Magazines and a rigorous follower of Business Leaders.
« Solar Calling? London’s Iconic Red Phone Booths Go Green
Israeli Startup Equivio next in line of Microsoft’s Acquisitions for 2014 »
Leave a Comment
Close