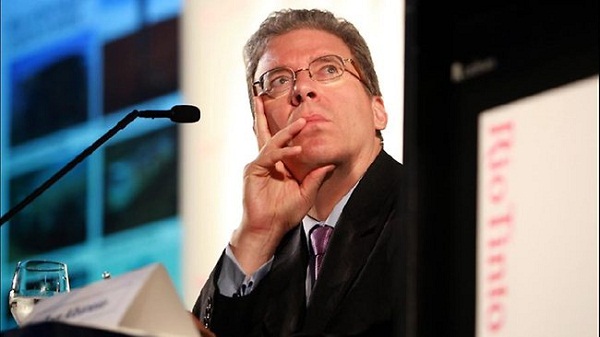 On the 17th of January, Rio Tinto Plc, the world’s second largest mining company, informed that its chief executive officer Tom Albanese would resign because of a $14 billion write-down on the value of assets which he supervised. The impairment charge is mainly associated with the $38 billion takeover of Alcan Inc. and the $4 billion coal purchase in Mozambique.

Rio Tinto CEO Tom Albanese will step down after approximately 30 years of work in the world’s second largest mining company. He has served as chief executive officer for about five years. As it was announced, the resignation of Rio Tinto CEO Tom Albanese was a direct result of the $14 billion write-down on the value of assets that he supervised. The write-downs are mainly associated with two deals, the $38 billion acquisition of Alcan Inc. in 2007 and the over $4 billion takeover of Mozambique coal producer Riversdale Mining Ltd. in 2011.

Chairman Jan du Plessis underlined in the statement: “The Rio Tinto board fully acknowledges that a writedown of this scale in relation to the relatively recent Mozambique acquisition is unacceptable,” adding that the global miner was forced to take a write-down in its aluminum businesses as well.

Certainly the $38 billion acquisition of Alcan Inc. in 2007 is considered to be the most controversial as it has gloomily affected the global miner’s performance. In addition, many shareholders criticized the company for paying as much as $38 billion only to avoid the possibility of being viewed as a takeover target. The world’s second largest mining company had to write down almost $9 billion on the value of these assets. As for its Mozambique assets, Rio Tinto has written down another $3 billion as the miner did not receive required permits to ship coal it mines there.

Due to reoccurring doubts and accusations regarding several acquisitions, which Rio Tinto CEO Tom Albanese oversaw, he and Doug Ritchie decided to step down on the 17th of January, yet they will remain at the global miner till the 16th of July. Doug Ritchie was responsible for the takeover of Riversdale Mining Ltd.

Rio Tinto announced that 63-year-old Sam Walsh, head of the global miner’s iron ore division, would replace Tom Albanese as chief executive officer. Sam Walsh proved himself to be a loyal employee of the company.

Without a doubt, the latest results of Rio Tinto’s iron ore production will secure his position as CEO at least initially. According to the statement, the world’s second largest mining company produced slightly over 250 million tons of iron ore in 2012. As iron ore accounts for approximately 79 percent of the company’s earning, Sam Walsh is said to have power. It seems natural that he was chosen to replace Rio Tinto CEO Tom Albanese. However, some analysts underline the age of the successor of Tom Albanese, noting that probably he will be serving as some kind of interim for several years and will be replaced as soon as a new person emerges in the company’s hierarchy.