Finally a jewellery styled woman-centric wearable has come into play, the latest being a smart gold ring from a New York-based startup Ringly.

Ringly is the latest wearable accessory that can be connected to a smartphone. The smart ring can buzz and light up whenever a user gets a call, text or other notification that might otherwise go unheard while hidden in a handbag or pocket. 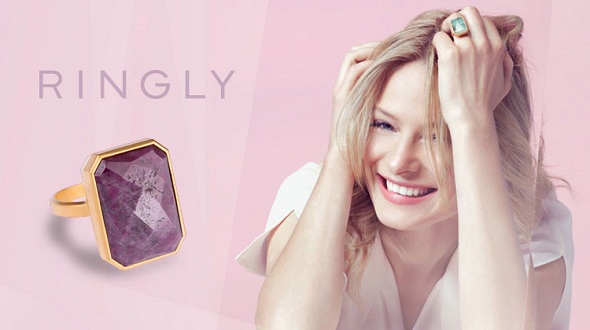 The idea for the ring came to Christina Mercando, co-founder of Ringly as an answer to a problem that had afflicted her and many other women. Because most women tuck away their phones in their hand bags, they may miss important calls and text from family and friends. So while looking at her rings one day, Mercando realized that a wearable notification system was the solution. 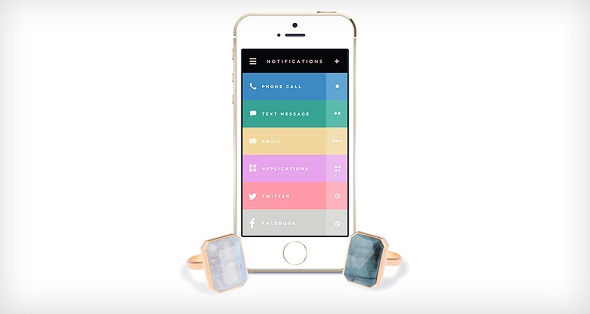 Here’s how the smart ring keeps its wearer connected in style:

Connect: The Ringly mobile app is compatible with both Android and Apple phones pairs with the users ring via Bluetooth LE to notify the wearer when they are getting a text, call, calendar alert, email, or even pings them even if the phone is left behind. The user can also add notifications from their favorite apps, including Instagram, Snapchat, Twitter, Pinterest, Facebook, Tumblr, Vine, LinkedIn, Uber, and Tinder.

Customize: The wearer can also customize the ring to produce different vibration patterns, subtle lights and buzzes depending on the type of notification or who is calling.

Accessorize: Ringly is beautifully crafted with 18K gold plating and semi-precious stones. The ring looks stylish and does not have the feel of an electronic device. Users can get the ring with black onyx, rainbow moonstone, pink sapphire and emerald options.

Charge: When running low on battery one can charge the Ringly by putting it back into its ring box.

The box will have to be plugged via USB to a charger. Ringly will remain charged for about three days.

The rings were designed to incorporate technology into consumers lives in a more subtle and fashionable way. Currently the ring only provides notifications and alerts, although the company website states that it is working towards adding new functions in the future.

Ringly’s pre-sale campaign launched yesterday with three available sizes 6, 7 and 8. The first 1,000 customers who will pre-order the ring will get a model that will include a real diamond on the side of the ring, where the notification light is located.

For a limited time, the rings are priced at an early bird pricing at $145 (regularly $195) .If everything goes according to the plan, Ringly will ship the rings sometime in the fall.

Indian-born Parag Agrawal took over as the CEO of Twitter as co-founder Jack Dorsey stepped down for the second time in his career. Agrawal is the fourth person to take the reins a
2 hours ago

Goldman employees are now eligible for 20 days of paid leave for a miscarriage or stillbirth. The investment banking giant is also increasing its retirement fund matching contribut
3 hours ago

The big tech cloud-based software companies such as Zoom, Snowflake, Asana, Airbnb, Amazon, Salesforce and Palantir have all witnessed a rise in stock prices as work from home and
22 hours ago

Walmart Inc. announced that they are looking for a new chief financial officer to replace Brett Biggs, who will begin transitioning from Walmart this year, after 22 years with the
23 hours ago