BBM’s Next Update to Add Several New and Exciting Features! 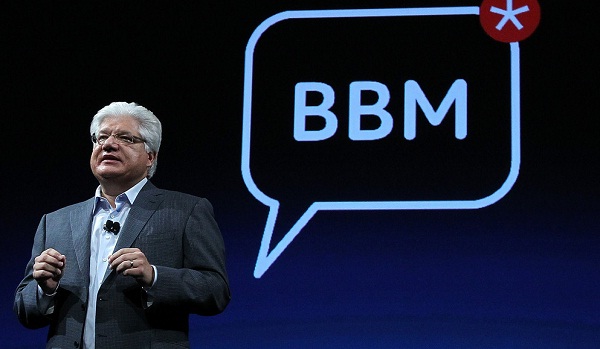 A news byte that has excited most iPhone and Android smartphone users is the statement made by software vice president  Andrew Bocking who underlined: “BBM has always been one of the most engaging services for BlackBerry customers, enabling them to easily connect while maintaining a valued level of personal privacy. We’re excited to offer iOS and Android users the possibility to join the BBM community.”

For most of the first generation smartphone users, owning a BBM and using its bleeding-edge real-time encrypted message have been the ultimate status symbol and user experience.

BlackBerry definitely has the pedagogy to bring high-value cross-platform live messaging for millions of users who had remain outside of BBM. It was one of the first real-time chat platforms offered on smartphones and pretty much set the precedent for later applications in this category.

The differentiator for BBM has been the hugely successful PIN-based access to the messaging service, ensuring safety and security. Most analysts believe that the initial success for BlackBerry phones in establishing itself among business and corporate user-base was the remarkable security feature in messaging services.

Consider some BBM statistics showing that over 60 million active users engage staggering 90 minutes or even more per day. Shockingly, the message traffic amounts to astonishing 10 billion messages each day. Half of these messages are read as early as 20 seconds from delivery of a message.

Though moving BBM to cross-platform may not optimize monetization and is expected to ‘weaken hardware franchise,’ Mr. Bocking’s has implied that BBM for cross-platform use will include the PIN access feature. He did confirm, however, that the service would be available by summer 2013 for iOS 6 and Android 4.0 and higher devices.

In the recent past, Blackberry maker RIM has lost favour with its user base, especially government and business executives due to poor performing proprietary Operating System. In fact, the company had to overcome outage issues in Asian countries in 2012, and ever since, has seen a down-slide in the number of people investing in Blackberry phones. The year before, it witnessed failed attempts at breaking-into the tablet segment with the PlayBook Tablet.

In retrospect, it appears that BlackBerry’s decision-making executives have finally seen the challenges by remaining a closed ecosystem. Offering its most popular and revenue earning product BBM as a cross-platform product has finally become a viable option for makers of BlackBerry.

BBM to penetrate OVER THE TOP services

BBMs high user volume and engagement will compete with some larger popular services such as WhatsApp and Viber. These apps are popular in what is increasingly being called as the ‘over the top’ services that are cross-platform and rely entirely on data. Indeed, latest figures indicate that  WhatsApp can crow about having approximately 200 million users while WeChat takes pride in  having 190 million users. Interestingly, iOS own iMessaging app has failed to make any significant presence in this segment, despite high-percentage of iPhone users.

BlackBerry has just released another ‘social engagement’ product – Channels – that analysts believe is very similar to Facebook and Twitter, especially in the range of features and services it offers. ‘Channels’ also allows users to follow other brands, groups as well as show their preference of Likes for them.