RIM launches BlackBerry 10 as it fights to survive 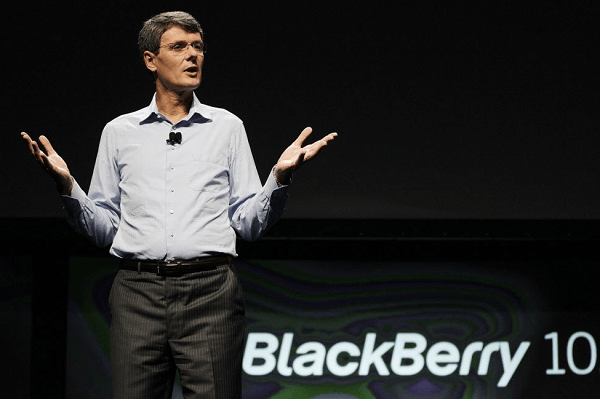 It is just one day away and we will see it! Canada-based Research in Motion (RIM) is to launch its new platform and release its new BlackBerry 10 on the 30th of January as it tries to survive. The company has been seeing its clients switch to other smartphones, thus the launch of the new BlackBerry 10 is aimed at luring customers back to RIM. The question remains whether the BlackBerry maker has not decided too late to fight and stay in the game.

Launches of the last chance

Research in Motion was once a proud maker of the very popular BlackBerry. Yet everything has its beginning and its end. Recently the top management team has been observing twilight of the BlackBerry popularity. The decline has been mainly driven by the lack of interesting applications and upgrades. More and more once faithful customers and users of  the RIM’s BlackBerry have ditched the Canada-based company. These days smartphones are gaining popularity and taking advantage of the struggling Blackberry maker. As the company witnessed global operating losses last year, the board of directors took profound steps and decided to remove Mike Lazaridis and Jim Balsillie. Since Thorsten Heins was named as the chief operating officer, he has been trying to revive the company.

The first results of RIM CEO Thorsten Heins are due to be seen on the 30th of January when the premiere of the new BlackBerry 10 will also take place. The release of its new platform and the launch of its new BlackBerry 10 are aimed at reversing the trend and luring customers back to the company. Some analysts believe that these launches are last chance for Research in Motion…

On the 30th of January, we will be able to see the new RIM operating system and two BlackBerry 10 smartphones running on it. One of the new mobiles will have a keyboard; second one will have only a touchscreen. But will be that enough to take an advantage of long-anticipated launches? Phillip Redman, research vice president in Gartner Research, underlined in a blog post: “There’s no doubt that RIM has taken a hit on global smartphone market share – especially in the enterprise where it is rapidly being replaced by iPhones. It saw its installed base decrease for the first time in history by 2m in the last quarter, but in the famous words of Monty Python, it’s, ‘not dead yet!’

We know only few details about the new BlackBerry 10. But Rim in Motion has done whatever it takes so that its new devices would have a good collection of applications and its users would be able also to use Android application.

According to some analysts, the launch of RIM Blackberry 10 should bring revolutionary changes as it might be the last chance for RIM to survive. Changes must be radical otherwise more corporate clients will continue to abandon the BlackBerry maker. The Canada-based company has already suffered as several of its important corporate clients have not been keen on renewing contracts.

What is more, BlackBerry Messenger is not enough to attract young people; there are many other applications which offer the free messaging services. The BlackBerry maker is hitting the buffers as only 9 million people use its BlackBerry mobiles in the US, compared to almost 22 million in September 2010.

Will the launch of the new operating system and the new BlackBerry 10 be the turning point in the history of Research in Motion? Only time will show.

Apple iPhone 13 Pro and iPhone 13 Pro Max can be a hit with its ever new technology A15 Bionic chip and other cool profound features.
19 hours ago

The French oil major, Total, has signed a $27 billion deal to fund a 1-gigawatt solar power plant, and boost oil and gas production in the Middle-East region.
20 hours ago