Silver rallies as it sees fresh interest from WallStreetBets 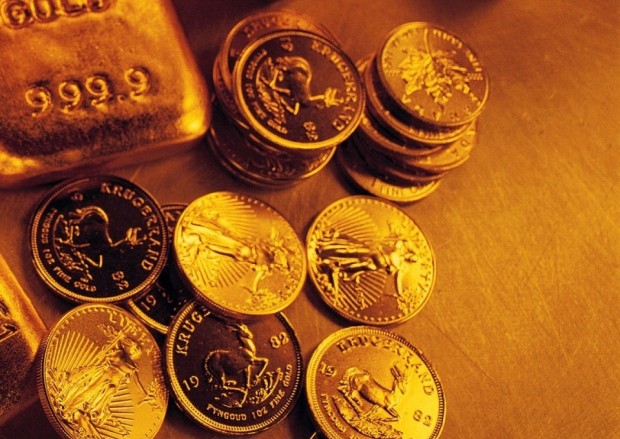 The precious yellow metal, true to its tradition of breaking record highs when the rest of the economy is in doldrums, shot over $1,500 earlier today.

The consistent increase in gold prices is being considered a result of slow economic growth in the west, fuelled by Japan’s nuclear crisis, Standard & Poor’s downgrade of their forecast of the U.S economy, given the American economy’s sovereign-debt situation, as well as rising inflation fears in China.

Following a similar trend, silver, one of the biggest growth stories in the precious metals markets, has soared to a 31-year high of $44.34 an ounce.

This $1500 lifetime high in the price of gold was recorded as the yellow metal continued to surge for the fifth consecutive trading session this week.

Gold and the Western Economy

Alongwith S&P having lowered their ratings of the U.S by putting the world’s biggest economy on a “negative credit watch”, worries regarding a looming Eurozone crisis has played an important role in pushing up the price of gold to this new record high.

And while analysts believe that one of the principle factors for the continuing gold price rise is that people think the U.S is losing control, uprisings in the Middle East and North Africa region, and related oil price hikes have also played their parts in upping gold price.

While at the start of this year, many gold investors cashed in and traded gold for other forms of investment, this sentiment seems to have changed considerably since.

On the other hand, some analysts are also attributing these dramatic price hikes in gold and silver to their relatively smaller markets. Co-manager of the U.S. Global Investors Global Resources Fund, Brian Hicks, said in a statement, “Gold and silver still have not surpassed their inflation adjusted highs like so many of the other commodities have. Gold and silver are still extremely small markets.”

How long-term is this bull-run?

World Gold Council figures say that investment in the precious yellow metal increased considerably in 2010, touching a figure of £6.1bn in 2010, a substantial jump from the previous year’s £5.5bn.

According to market analysts, this continuing increase in the price of gold is likely to go on for another four years. Forthcoming price rises however, might not follow as dramatic an upward curve as they have in the last year.

David Lennox, a commodities analyst with Fat Prophets said in a media statement, “We don’t think America’s perceived rating will improve anytime soon and this is the driving force behind our expectation of gold’s continued price strength. Our next target for gold is $1,590 an ounce.”

With a similar forecast, GFMS, metals consultancy firm has predicted gold prices reaching $1,600 per ounce by the end of the year.

Ronald Leung, director of Lee Cheong Gold Dealers from Hong Kong, said in a statement, “Sentiment is still bullish, we can say. The dollar is weakening and there is no solution to the situation in Libya. There’s a downgrade in the U.S. rating and there’s still uncertainty in the euro zone. It’s messy around the world,” said in Hong Kong… But I think gold is rising too fast. We are waiting for some kind of correction in the near future, hopefully next week.”

Estimates of above-ground gold supply world-wide figure at around $6 trillion, of which $3 trillion is in the form of bullion. Half of the leftover $3 trillion reportedly lies in central bank vaults, while the other half is in private hands. As opposed to this, global financial assets are currently estimated at around $200 trillion, discounting real estate and derivatives.